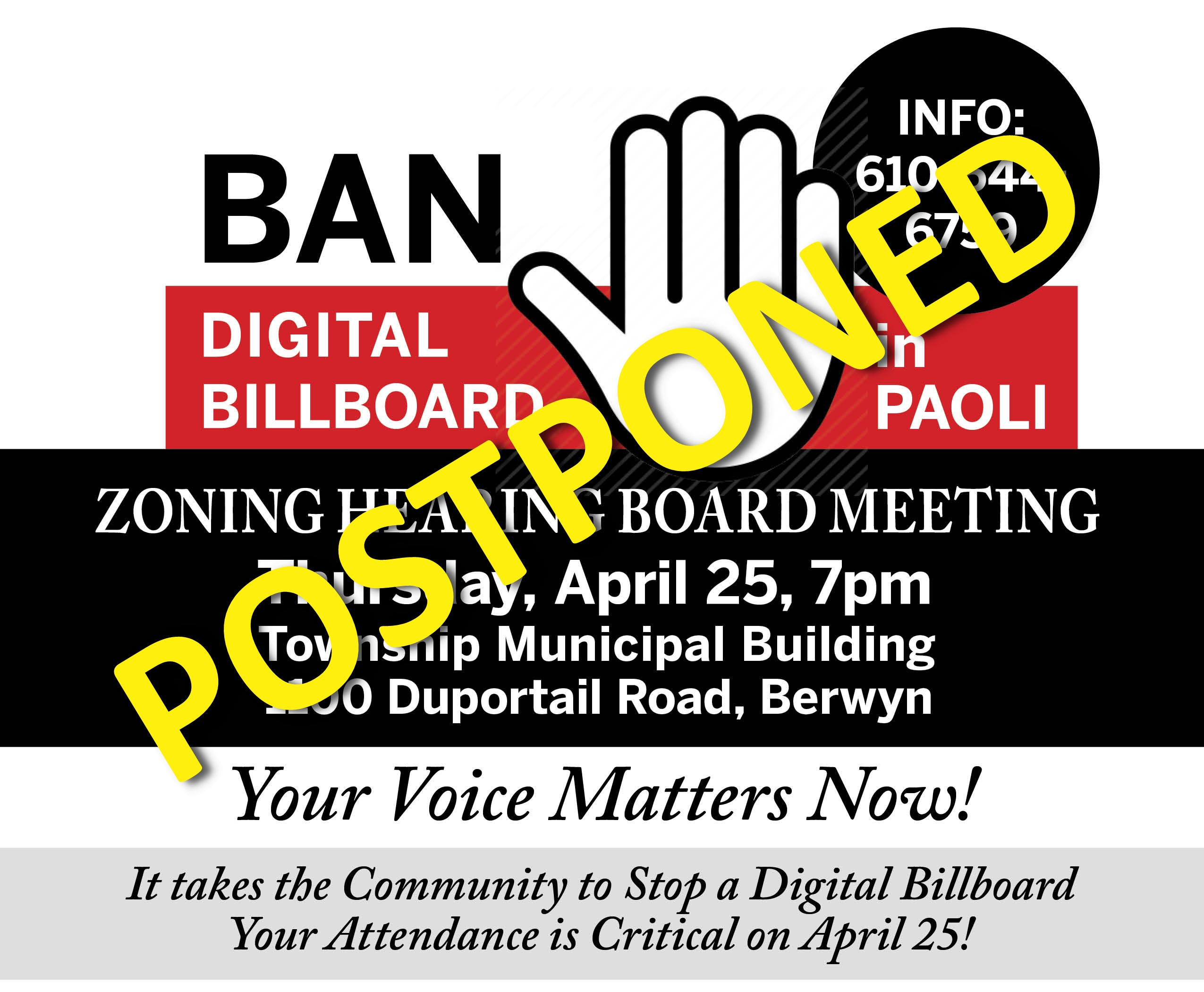 First, I must thank Matt Baumann, Tredyffrin Township’s assistant township manager for notifying me today (Sunday!) that the digital billboard appeal by Catalyst Outdoor has been postponed. Witness availability precipitated Catalyst’s request for the date change and a special Zoning Hearing Board hearing for the appeal is now scheduled for Wednesday, May 29, 7 PM. Please mark your calendars!

You may notice that additional BAN the Digital Billboard signs went up in the last view days in and around Paoli. Not anticipating that the Zoning Hearing Board date would be changed, here’s hoping that these signs will not be stolen during the next 30 days — we need them to stay up! 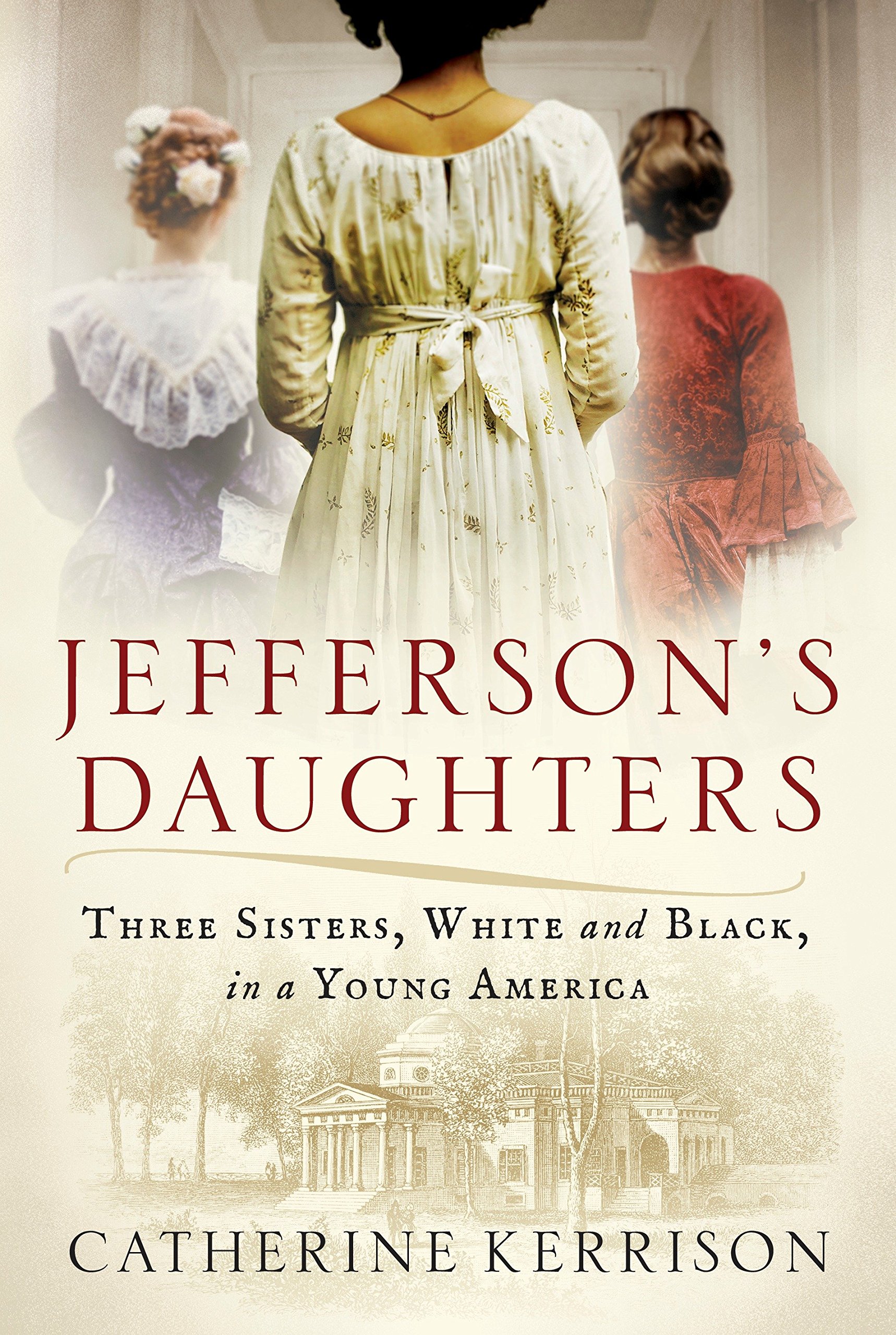 Sometimes things in life just happen the right way … I had been stressing about this upcoming Zoning Hearing Board meeting because it conflicted with Tredyffrin Historic Preservation Trust’s spring lecture also scheduled for Thursday, April 25. For 15 years, as president of the Trust I have never missed a lecture but yet knew that I had to attend the Zoning Hearing Board appeal.

I am so grateful that I can now attend this special lecture with author and Villanova University history professor Catherine Kerrison. Dr. Kerrison will present her latest book, ‘Jefferson’s Daughters’, the remarkable untold story of Thomas Jefferson’s three daughters — two white and free, one black and enslaved. (Click here for lecture flyer). And how great that the author is a Berwyn resident!

The lecture is Thursday, April 25, 7 PM Reception, 7:30 PM Lecture at historic Duportail House in Chesterbrook. Tickets are $15 and can be purchased on the Trust website, www.tredyffrinhistory.org Following the lecture, books will be available for purchase and signing by the author!