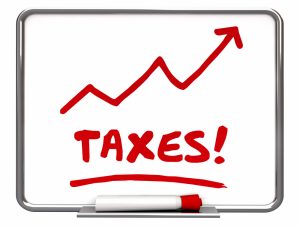 Monday’s budget discussion and vote was a good illustration of the challenge facing even the most diligent of School Board members. They learned more than a year after the fact that not only was there an error in the numbers submitted to the Department of Education (PDE) to authorize the allowable tax increase for next year, but also that the error could have been corrected in time for consideration of this year’s tax rate. The arithmetic and PDE processes are a little complicated, so the most concerned of them request a full analysis from the Business Office. After six weeks and two meetings they finally tease out that the maximum accurate increase for the coming year is 3.9%, and that the district forwent an opportunity for a 0.8% additional increase for the current year. None of this is documented, and the Board and public have to wait until May 13th for whatever comes next. In the meantime, the Proposed Final Budget contains the 6% tax increase and the Board has given the Administration no mandate to come up with any concrete plans to balance the budget with a lower tax increase.

Because the Board can not, for some reason, accept the fundamental argument that our School District should base its taxing decisions on calculations that are materially correct, they are left with a problem. There are no experts in school district finances on the Board, so they tend (to a greater or lesser extent) to accept what is told them. They are told that the auditor said the error was not material and the audit was “clean”, but we know the audit is unrelated to the Annual Financial Reports (AFRs) from which the tax increase is authorized by PDE. They were told on Monday that the District does not complete a worksheet for the Exception, but we know that it does complete the AFRs which generate that worksheet. They were told on Monday that the calculation is “locked down by PDE, you can’t change it, it is what it is”, when we know from PDE that there is in fact a “Start New Revision” Button on the on line AFR system!

The community members who have asked PDE to look into this are not experts in school district finances either, so how do we know what the Board does not? We do know that there’s a problem with submitting incorrect numbers to the state and a problem with allowing the situation to fester, and we also know that it’s a good idea to get counsel from folks who do have the needed expertise and are not central to the problem themselves.

So I think it is past time for the Board to commission an independent review. Completely independent unaffiliated with the Administration. A good candidate for this would be the lawyer that has advised the Board in the past on financially complex contract matters, Jeffrey Sultanik of Fox Rothschild. In the meantime, I guess the public has to wait for May 13th, take some comfort in the four No votes on the Budget and rely on our neighbors on the Board to eventually come to terms with the fact that a 6% tax increase based on inflated numbers is just not tenable.