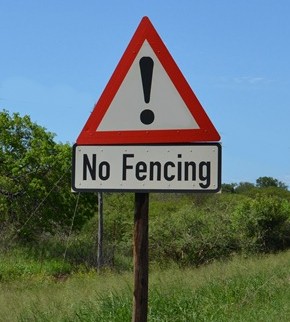 The TE School Board approved the 2015 graduating class of Conestoga HS at Wednesday, May 27 school board meeting. Commencement will take place on June 2, 7 PM at Villanova University.

Although the infamous Valley Forge Middle School fencing project was not on the Board’s agenda, Green Hills (Chesterbrook) resident Doug Anestad utilized the public comment period with a list of questions to the Board. His statement and questions –

First, I would like to say congratulations to the class of 2015.

This school board has heard from many residents both in person an in email about the proposed fencing project. Not one person has spoken out in support of the fencing project.

Here is my first question

How can the school board continue to hear from the residents in person, in email, and in the voting booths and continue to be deaf to them?

My second question is how many emails have you received so far from residents in the past couple of weeks asking you to stop the fencing project.

Perhaps this is why you feel that you can keep shoving this fence project down the throats of the parents of students and residents who live here.

This situation feels like TE Region 1 and 3 coming in like a bunch of carpetbaggers and ignoring the opinions of the people in TE Region 2.

Here is my third and last question

How many more residents do you need to hear from before you halt the current fencing plan and reconsider the scope and placement of proposed fences, this time with actual community input?

I will conclude with the same request that I made at the last school board meeting. I would really like for someone on the board to please make a motion to table the fencing project for further cost benefit analysis and someone else second that motion.

While you are at it, it would be likewise helpful to have someone make a motion to table the new facilities building until a cost benefit analysis is done. That is another project where the school board needs to step in and give guidance as it is running way over the original budget.

For the record, Doug Anestad reports that not one Board member answered any of his questions. Why doesn’t the Board respond to resident questions?

For example, all emails addressed to the school board filter through the Public Information Officer Art McDonnell, who then in turn forward them to the individual Board members. There is no question that residents have contacted the Board with their opposition to school fencing and the use of taxpayer money for fencing. I have heard from several residents who tell me that they have sent emails regarding the fencing but received no response from the District. Resident’s emails to the Board are private but there is no reason that the ‘number’ of emails received on an issue is not public. Not every resident question should require him or her to file a right-to-know with the District to receive an answer!

Doug Anestad is the frustrated District taxpayer who mailed (at his expense) an anti-school fencing postcard (below) to all residents residing in TE School District Region 2. Timed to arrive days before Primary Election Day, Doug suggested that voters support Michele Burger (D) and Ed Sweeney (R) versus incumbent school board president Kris Graham (R) for the two Board openings.

No one can say if it was the power of Anestad’s campaign strategy or simply coincidental but the election results had Burger and Sweeney receiving the highest number of votes with Graham in third place. 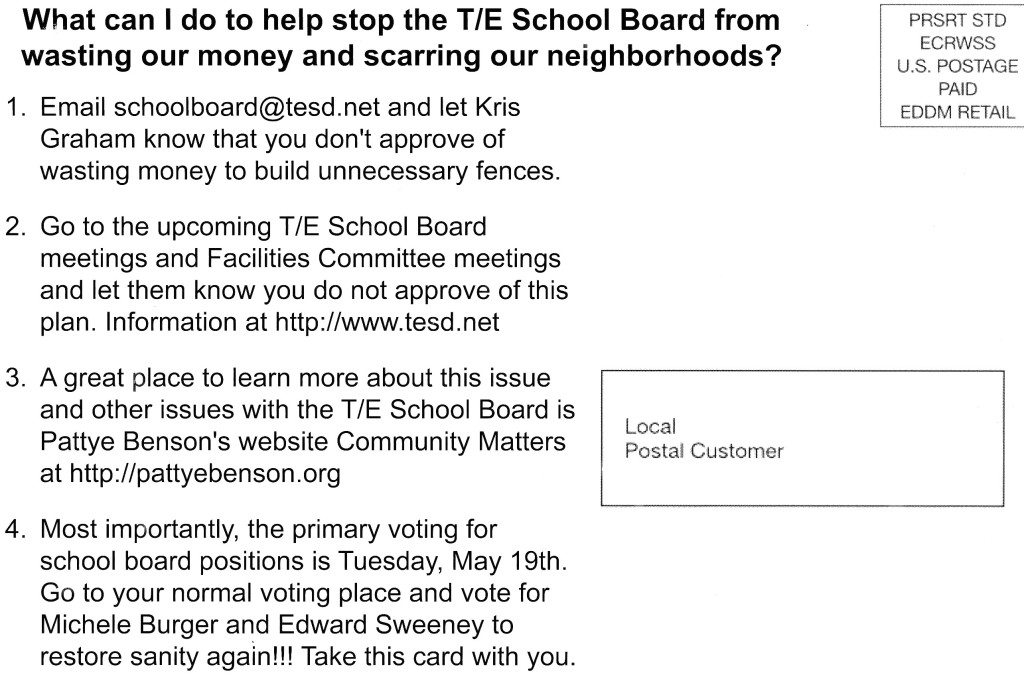 Anestad is representative of a growing concern on a number of issues, including the District’s use of taxpayer dollars for fencing projects and an overpriced maintenance building while continuing to raise taxes. The overall lack of public input and communication between the Board and the residents seems to be the core of the problem.

Regarding the VF Middle School fence project, residents have received mixed messages from Board members resulting in a ‘he said-she said’ conflict rather than resolution. If the debate continues over District spending on fencing and the multi-million dollar maintenance building, the November election results may not be what School Board President Kris Graham wants.

Discussion regarding the school fencing project and the District’s $4 million++ maintenance (“Taj Mahal”) building will continue at the Friday, June 12 Facilities Committee meeting. It is my understanding that if the committee does not reach consensus, the issues go to the full Board on Monday, June 15.