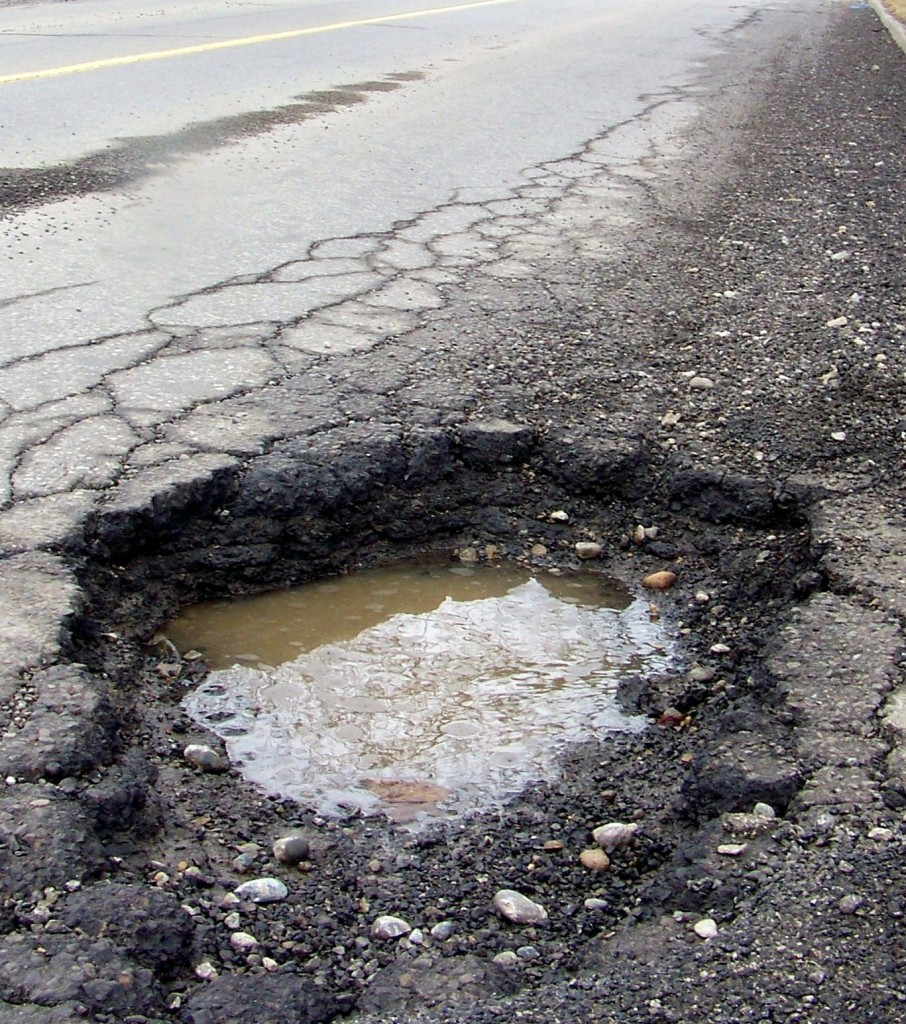 This week I was driving to King of Prussia on Rt. 202 North and could not believe the damage the winter weather has caused on the highway. I was in the right lane of Rt. 202 by the Rt. 422 exit, and there were large gaping holes in the roadway. I don’t know what type of filler they use in the seams but that materials was missing and it was very dangerous — you run the risk of hitting other cars in an attempt to avoid the holes. And then the damage to your car if you do hit the pothole!

It is almost impossible to drive along Lancaster Avenue and avoid the potholes, they are everywhere! Weaving in and of lanes to avoid the potholes, I think to myself — will the police understand my explanation if I get pulled over. I know that someone commented on CM, that although Rt. 30 is a state road, the repair work is done by the local municipal workers rather than PennDOT. We live on a state road and the repairs to the road have always been done by PennDOT so not certain why Lancaster Avenue would be treated any differently.

State Rep Warren Kampf has created a ‘Pothole Hotline’ for residents to report potholes on state roads. Residents in Kampf’s District are asked to call 610.251.2876 and report any potholes that are believed to be dangerous. Kampf has promised to pass the information on to PennDOT and to follow-up to make certain that the repair is done.