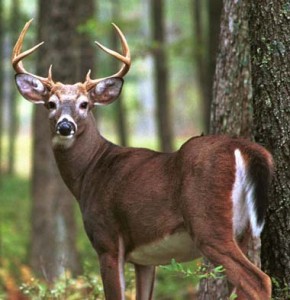 Yesterday’s Philadelphia Inquirer contained an opinion article by Lee Hall and Maryanne Appeal about the deer over-population in Valley Forge Nationa Park. (article below). Lee Hall is vice president of legal affairs for Friends of Animals, based in Darien, Conn., vice president of West Chester-based CARE, and a Chester County resident. Maryanne Appel is secretary of CARE, correspondence director for the Pennsylvania chapter of Friends of Animals, and a Delaware County resident.

I reflected on the Hall-Appel article as I watched 5 deer grazing in our backyard this morning. Anyone who has followed Community Matters knows how I feel on the topic of guns and gun control so no need to have that discussion. But this notion of coyotes, as a form of deer-control, I find disturbing and dangerous.

What about neighboring residential areas to the park . . . I would think that coyotes would pose a threat for cats and dogs, and small children? How are coyotes going to ‘stay’ in the geographic area of the park? But even if they stayed in the park, do coyotes not pose a threat to bicyclists, walkers, picnickers? It seems to me the risk to human and pets is great; I just don’t see how coyotes can possibly be viewed as a solution to the deer overpopulation. Or do coyotes only target deer . . . ?