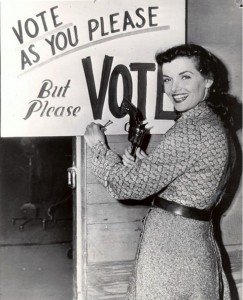 The clock is ticking down to the start of Primary Election Day. The Pottstown newspaper, The Mercury has an article written by Dennis Wright which details the Republican race between Ken Buckwalter and Warren Kampf for the Pennsylvania State House 157 race. The winner of the Republican Primary race will appear on the ballot with incumbent Democrat Paul Drucker in November’s General Election.

Don’t let the forecasted cold temperatures and rainy weather keep you from the polls tomorrow. Participate in democracy and get out and vote. The polls open at 7 AM and will remain open until 8 PM. Here’s hoping for a good turnout of voters tomorrow and best wishes for the candidates and their families.

Drucker is completing his first term in Harrisburg after he succeeded longtime Republican Carole Rubley, who retired in 2008. He defeated Republican opponent Guy Ciarrocchi by a narrow margin of 50.9 percent to 49.1 percent and the race is expected to be competitive again this year.

Buckwalter, a Phoenixville borough councilman, announced his seeking of the Republican nomination in January. A Phoenixville resident, Buckwalter is a small businessman and 15-year veteran of municipal government in the borough. He has served as chairman of Phoenixville’s zoning hearing board, and has been elected to two terms on Borough Council, where he currently serves. He has also volunteered as a firefighter, and is well-known for his support of the work they do.

While he wants to see reforms in state government, Buckwalter said change takes time. “I’m not running to try to change everything overnight,” he said. “I’m just one person. I’m trying to use my experience as a fiscal conservative and apply it to the state budget and the pension problem. We got to get to a point where we don’t bankrupt the state while fulfilling the pension obligation.

“I’m running because I think state government is fundamentally broken as far as our taxes go,” Kampf said. “It spends too much and delivers so little as far as education and economical development. While a Tredyffrin Board Supervisor, I’ve helped deliver four no-tax budgets so everyone can live within their means. I think it is that kind of experience is what we need in Harrisburg.”

Fiscal discipline in state government is needed, Kampf said.”I hope to bring this strong fiscal discipline to our state government,” he said. “There are voices talking about that, and I would like to join them. There is also education and job safety, and if we focus on those priorities, and eliminate things like waste and outdated programs,”