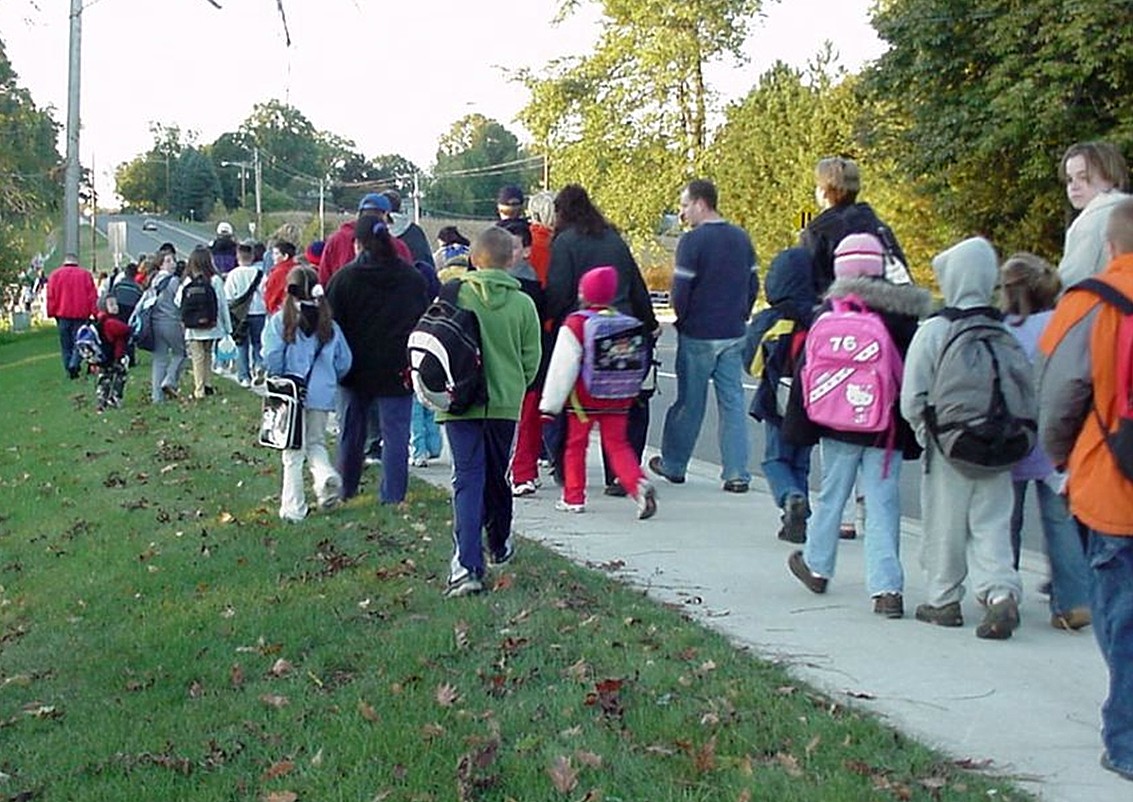 The start of Tredyffrin’s sidewalk project around T-E Middle School and Conestoga High School was originally scheduled for last month, but due to the wintry weather was delayed. But beginning on Monday, March 8 the construction will begin on the sidewalk construction project. The series of pedestrian sidewalks were made possible by various grant funds, including $2.8 million from the American Recovery and Reinvestment Act (federal stimulus funds). To read further about the sidewalk plan, budget, and other specifics, click here.

Marino Corp. of Skippack, Montgomery County will be working on the sidewalk construction for the next 7 months, with completion expected by early October. Sidewalks will be installed along Old Lancaster Road, Conestoga Road, Howellville Road and Irish Road and will provide safe walking routes for students to and from school The thought is that these sidewalk routes will also link to the local train stations and business areas.

A word of warning to all who travel in these areas . . . motorists can expect delays and possible lane closures on each of these 4 roads while the crews are working, 8 AM – 4 PM, Monday – Friday. The first step in the sidewalk project will be the removal of trees and the installation of drainage pipes in the sidewalk areas.

In the Philadelphia five-county area, PennDot is investing $257.7 million in federal stimulus funds on 30 transportation projects; including road and bridge improvements, multi-use trails, traffic signal upgrades, etc. SEPTA received $12.5 million in stimulus money which they will use for improvements/upgrades at their Malvern train station. Work at Malvern’s station will include 46 additional parking spaces, upgraded more efficient lighting and better storm water management. The Malvern train station work is expected to be completed by June 2011.

Speaking of sidewalks, according to the township website, the sidewalk subcommittee will be on the March 15th agenda of the Board of Supervisors, and the members will be announced at that time. If you recall the sidewalk subcommittee (members of the Planning Commission; Sidewalks, Trails & Paths Committee; and supervisors) was announced as part of the St. Davids Golf Club motion of February 22. I am looking forward to the announcement of the members of this new subcommittee at the next supervisors meeting. I think in the best interest of all, it would probably be a good idea that members of St. Davids Golf Club be excluded from membership in this newly designed Sidewalk Subcommittee. I think the last thing the township needs is accusations of a ‘conflict of interest’.