As a result of the pandemic, it’s been more than a year of struggles for students, juggling the ups and downs of virtual and hybrid learning, leaving many behind in the process.

A newly passed state law in Pennsylvania (Act 66) allows parents and guardians to decide whether their children will move on the next grade level for the 2021-22 school year. However, if you decide that your child should repeat the grade you must act fast, the deadline to notify is Thursday, July 15.

In response to the pandemic, school districts had to enact many changes in a relatively short period of time. Like so many places, our District had to completely shift how they delivered education, from in-person to virtual school. Certainly, virtual learning posed a challenge for all – students, parents, and teachers – with some fairing better than others.

During the pandemic closure of schools, many student athletes were unable to play team sports. How does Act 66 and having your child repeat a grade impact his/her eligibility rules for sports programs. What about giving your child some extra time in a sport in they excel by another year in the same grade. Many parents count on athletic scholarships for college – would repeating the grade help with scouts that were unable to see them play during the pandemic.

Please note that there is a hard deadline of July 15, 2021, in the law for families to exercise these options. For parents who wish to exercise the option to retain a student, please take the following steps:

On Monday, June 14, 7:30 PM at Conestoga High School, the TE School Board will hold its first in-person regular board meeting in over a year. (Click here for the agenda). The lengthy agenda (400+ pages!) for the meeting includes the discussion and adoption of the 2021-22 final budget and virtual programming. Will the school board break the cycle of annual tax increases?

Regarding virtual programming, the school board will discuss and vote on the District’s recommendation as follows:

1. To decline K-8 virtual pilot for 2021-22 (based on insufficient enrollment commitment) and consider possibility of offering in future year and

2. To pilot on Personal Finance Course at CHS in a combination virtual format for the 2021-22 school year.

For months, some on the school board would have us believe that a zero-tax increase was an actual possibility, but is it really?  At one of the finance or budget workshop meetings at least one school board director suggested that a zero percent tax increase was disingenuous. (I took the remark to mean there would be a tax increase included for the 2021-22 budget). And at several meetings, another school board member repeatedly suggested that Harrisburg didn’t think that we (the TE taxpayers) were taxed enough, although there was no evidence presented to back up the remark.

For those that have only recently moved to the TE School District, you may think that a 2.5 or 2.7 percent tax increase is no big deal; particularly if your move here is based on a perceived quality of the education.  On the surface, I would probably agree but the problem is that a tax increase is an annual event in T/E.  If the approval of the final 2021-22 budget includes any tax increase – it will mark the  17th straight year of tax increases.

But it’s more than an annual tax increase that is troubling — questions continue to swirl regarding fictitious budgeting (underestimating revenues and overestimating expenses). Although residents regularly comment and ask specific questions regarding the District finances, there is little response from the school board. Clearly the answer should not be to simply follow the business manager, wherever he leads!

In addition to the scheduled agenda items, it is anticipated that parents will have questions for the board and administration regarding “critical race theory” (or CRT). There is confusion (or at least I should say that I am confused) about whether the school district is teaching critical race theory in the classrooms.

Critical race theory isn’t a simple – or single – idea. So … does the District teach CRT? There are those parents who claim that TESD teaches CRT and that it should continue. Conversely there are parents who do not support CRT in the classroom (and say that it is taught). And then there are those (including at least one school board member) who says that the District does not teach CRT. This should not be so difficult — does TE School District teach critical race theory?

The District has a contract with Pacific Educational Group (PEG), national consulting firm which provides racial equity training. Does this group provide CRT curriculum information/suggestions to the District?

This week, three Change.org petitions related to critical race theory and the TE School District began to circulate around the community.  The below links include the originator or group name, petition title and current number of signatures. To understand the position of those behind the individual petitions, click on the links. Review the petitions and read the comments.

Bottom line, whether it is the budget, yearly tax increases or critical race theory, the school board meeting on Monday, June 14 (7:30 PM, Conestoga High School) is important … please make the effort to attend. 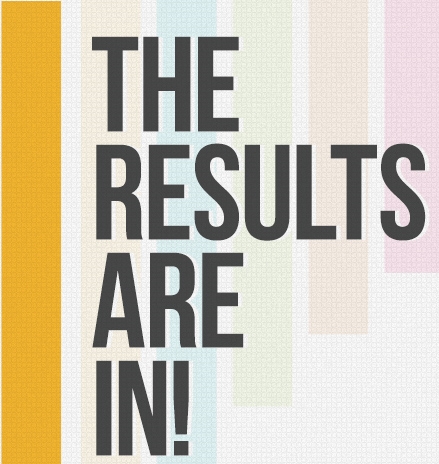 TESD parents were asked to select full in-person learning or 100% virtual instruction and submit the District’s form by March 3. As we learned at the special board meeting this week, the commitment was important to aid the District in the logistical details (such as classroom setup, bus routes, cafeteria/lunch arrangements, etc.).

The response to the District is clear — the majority of the parents want their children back in school full-time. Starting March 15, the schools will be open four days a week for instruction (Wednesday virtual only) with the hope for five days a week to follow. Once the schools reopen for full in-person learning the hybrid model will no longer exist although students can remain completely virtual.

T/E parents commitment to full in-person learning is shown in the graph below – Districtwide breakdown and also by individual school: 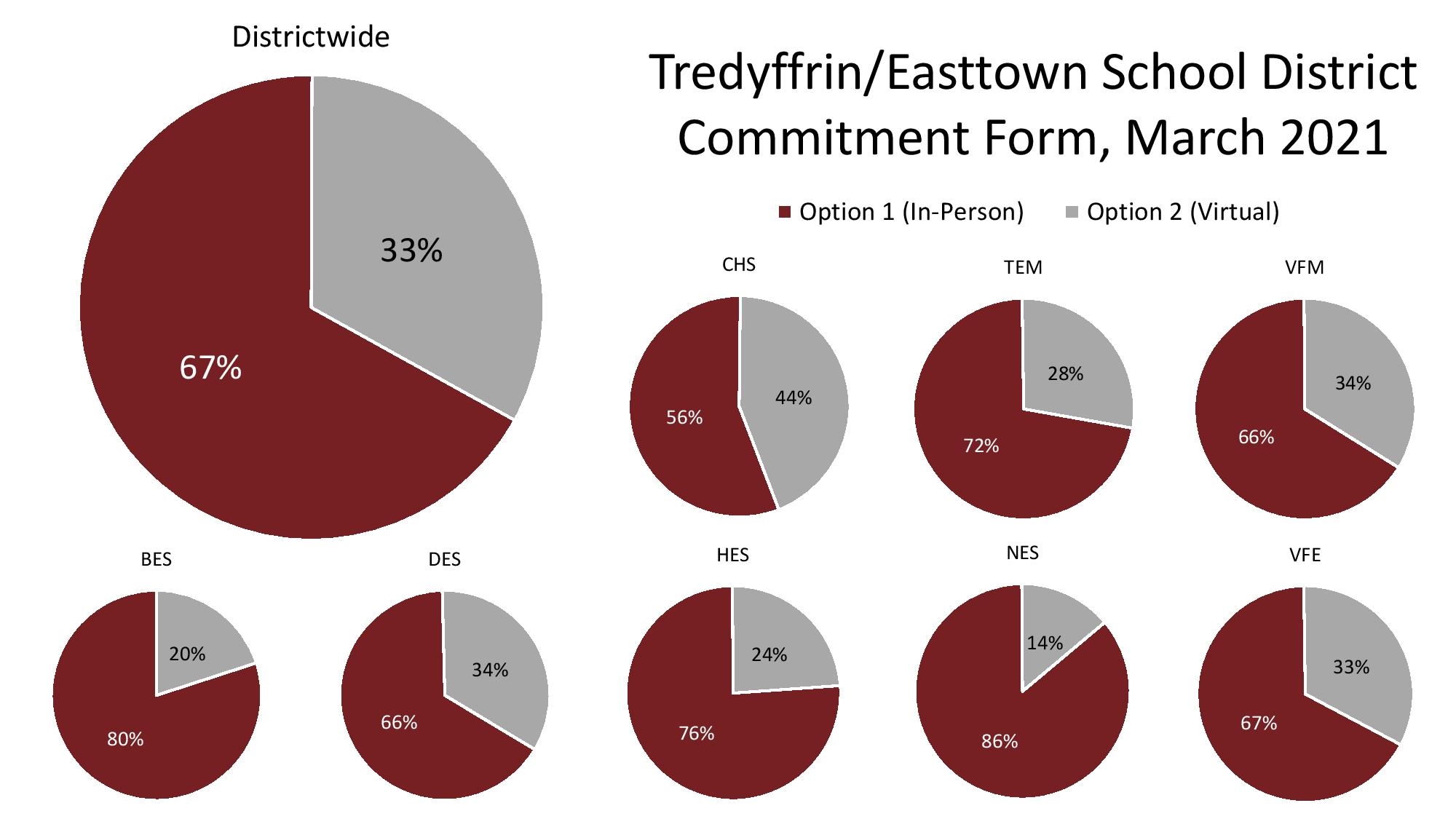