Tredyffrin Board of Supervisors

One of the more disturbing issues with this proposed digital billboard is the fact that the public was kept in the dark for 18-24 months as the Board of Supervisors entertained the Catalyst Outdoor Advertising proposal. As I have repeatedly said, the public does not need to be involved with the details and decisions of all township business. However, I find it incredulous that something as significant as a digital billboard proposed for one of the busiest intersections in the township (41,000 cars daily) was not presented to the public until the 11th hour with a threat of a lawsuit. Wouldn’t it have made more sense for the supervisors to have engaged the public from the beginning – to get a pulse from the community on this important and landscape-changing issue? How often have we seen taglines from political candidates touting support for transparency in local government?

Also interesting to note that when responding to residents and attacking the Change.org petition, a couple of these supervisors neglect to address the lack of transparency issue over the proposed digital billboard and conveniently ignore the demolition of a township historic resource. Oversight or misleading? I guess me and the other 1,400 petition signers will have to decide. 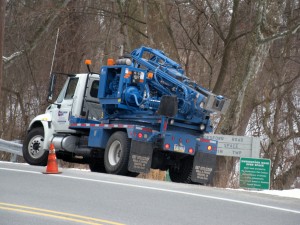 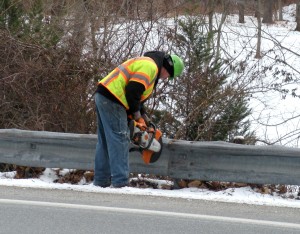 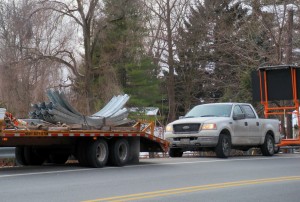 Due to Warren Kampf’s formal resignation at Board of Supervisors meeting on December 20, a vacancy for an interim supervisor exists. From early December, there was a notice on the front page of the Tredyffrin’s township website, suggesting interested candidates send their resumes to the township manager by December 31, 2010.

Fast forward to tonight’s Board of Supervisors meeting. The meeting was over in less than 30 minutes and for the most part, uneventful except for one thing. Chairman Bob Lamina (elected tonight by the other supervisors as chairman and Paul Olson as vice chairman) announced the supervisor vacancy (I thought the vacancy was announced at the last supervisors meeting with Kampf’s letter of resignation). Lamina then told the audience that the Board of Supervisors had decided to extent the deadline for interim supervisor resumes from the previously stated (and advertised) December 31, 2010 deadline to January 10. Why did the supervisors decide to extend the deadline? Don’t know and no explanation was offered. It is my understanding that a number of prospective interim supervisor resumes have been received . . . so why extend the deadline? I have to believe that there must have been at least one qualified candidate among the admissions. Very strange.

Lamina further explained that after the application deadline ends on January 10, each person will be interviewed by the supervisors. The intention is that the interim supervisor will be announced at the February 7th Board of Supervisors Meeting.

Not sure how many interim supervisor candidate resumes are needed, but . . . if you are interested, you now have an extra week to send your resume to Township Manager, Mimi Gleason, mgleason@tredyffrin.org

The Main Line Suburban Life newspaper is reporting that Radnor Township has hired a permanent finance director who will start in July with a salary of $127,000. Watching from the sidelines in Tredyffrin, the residents of Radnor have had more than their share of financial problems and it’s good to know that help is on the way for them.

As a taxpayer, I am very concerned about the township budget and its financial oversight and would feel more comfortable knowing that our township has a qualified finance director onboard. Here’s hoping that the news is correct.

Update: Mimi responded to my email — yes, a new finance director has been hired and will start on June 28. She offered that she could provide further details on that date.