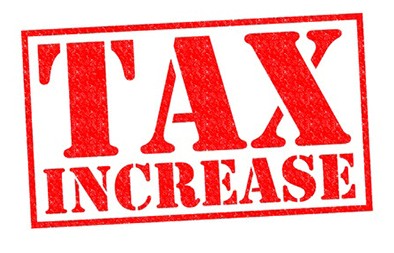 In January, the board had adopted the preliminary budget which contained a 4.3% tax increase – they approved the budget with the Act 1 Index of 2.4% and allowable Act 1 Exceptions of 1.9%. At the April 25, 2016 regular school board meeting, the proposed final budget reduced the property tax rate from January, from 4.3% down to 3.875%.

The only Chester County school district without a 2016-17 tax increase is Downingtown Area School District. DASD recently approved their 2016-17 budget with no tax increase but what is more fascinating is that this is the fourth year in a row without a tax increase!

Looking at TESD tax increase chart above for the last four years, you have to wonder how it is that DASD delivered zero tax increases to its residents during the same time period. According to the Daily Local article, the DASD chief financial officer Rich Fazio “attributes the four-year streak of not raising taxes to the foresight of prior school boards.” Fazio states that, “We were fortunate to prudently allocate funds and accumulate savings. Because of that we have not had a tax increase for four years.” He further indicated that DASD “will strive to duplicate a zero increase in taxes for as long as possible.” 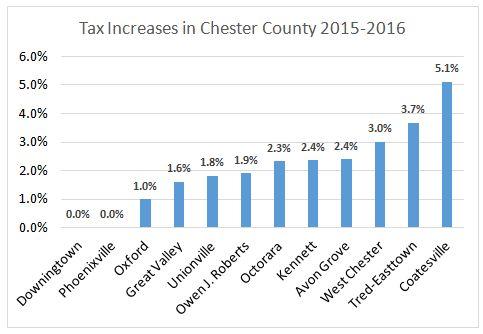 According to the agenda budget materials for tonight’s TE School Board meeting, there were spending cuts before, during and after budget approval to reduce expenditures in the 2016-17 budget. An explanation of those specific reductions would be helpful to taxpayers.

Back in January, school board members Ed Sweeney and Scott Dorsey spoke out against the preliminary tax increase of 4.3% as unacceptable … will they now be OK with 3.6% tax increase? Instead of a typical roll call vote on the TESD 2016-17 final budget, I encourage board members to be accountable and offer the public an explanation of their vote.