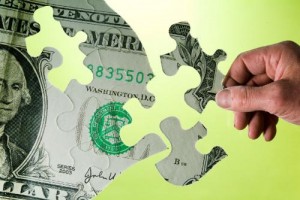 During the ‘New Matters – Citizens’ section of last night’s Board of Supervisors meeting, the chair of Tredyffrin Township Democratic Committee Dariel Jamieson presented a suggested 2011 budget proposal on behalf of the Executive Board of the township’s Democratic Committee. Dariel provided a copy of the statement to BOS chair Lamina and offered that a copy would be emailed to all members of the Board of Supervisors. Here is a copy of the TTDEMS statement.

The township’s budget discussion has historically occurred late in the calendar year which adds a heightened level of stress to an already stressful situation. With that in mind, the TTDEMS have suggestions to address the 2011 budget process. Their recommendations included:

The suggested TTDEMS 2011 budget process further includes a request that the budget discussion occur in an open and transparent manner with public involvement.

Although the proposed 2011 budget process was suggested by the local Democratic Committee, I do not believe their recommendations are politically polarizing. Rather, this suggested 2011 budget process encourages a thoughtful, systematic budget approach in difficult and challenging economic times; a process that many residents in the township would probably support (regardless of their political affiliation).