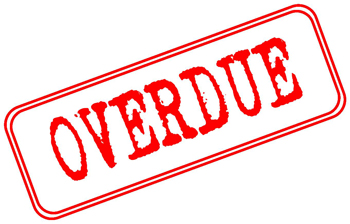 About three weeks ago, I was contacted by Sean Gaffney, VP of construction at GEM Mechanical Services regarding TE School District Renovations Project PO 19102724 and an unpaid balance of $36,295 (of a $700K contract). The boiler project work at Devon Elementary School and Beaumont Elementary work was completed in August 2019.

Before reaching out to me, either Sean or other employees of GEM had sent 30+ emails to Heckendorn Shiles Architects and the District during the past nine months seeking payment. To date, the final payment for the work remains unpaid.

As a result, I sent three emails to the District’s business manager Art McDonnell (with copies to the school board and superintendent) inquiring about the final payment due GEM. Mr. McDonnell’s response to the first two emails was dismissive and unsatisfactory. My third and final email on this subject received no response from the business manager.

I naively assumed that there was a simple explanation – a misunderstanding – and that TESD would send GEM Mechanical Services its final payment. Unfortunately, promises of the “check is in the mail” remain unfulfilled. Other than for me to publicize the situation, it is unclear what else I can do to move the matter forward although legal options are available to the construction vendor.

From the time last August when GEM completed the boiler project, a punch list was requested and final payment sought. Months went by and GEM was only very recently presented with a punch list (long past its legal due date), which included installation of gauges. It makes me wonder if this a tactic by the District to delay payment on a project by waiting nine months post-completion and then come up with a punch list? And for what purpose – what’s the endgame?

Although Heckendorn Shiles placed an associated value of $7500 for the gauges on the punch list (and without explanation increased the value last week to $11,850), it does not explain why the District is withholding the remainder of the $36,295 final payment. It is my understanding that there are legal ramifications for withholding payment to a vendor for services rendered. In addition, the District will owe interest to GEM on the unpaid balance.

GEM Mechanical Services has worked in many neighboring school districts and the Philadelphia School District but this was the company’s first experience in TESD. And, according to Sean Gaffney, it will be the last. What is that saying, the “more you know, the more you wish you didn’t know”? In speaking with him, I have learned a lot about the reputation that the District has with construction vendors.

In an email last week to Heckendorn Shiles Architects and TESD, Sean Gaffney wrote the following,

GEM went above and beyond to complete your project on-time and the job has been completed for nearly a year…There were multiple project delays caused by existing and faulty equipment in Devon Elementary and asbestos in Beaumont that was uncovered and not included in the ACM reports. GEM is also due interest for TESD’s repeated late payments. All said, if HSA and TESD truly want to close out this project then they should consider releasing GEM’s final payment immediately and contact me to schedule one day for GEM to come out and complete the two remaining punch list items.

Have you ever wondered why there are so few vendors bidding the construction jobs in T/E? As Sean Gaffney says, “Some people at TESD want to continue to play by their own set of rules. GEM (and many others) will not bid construction projects for TESD”.

Based on GEM Mechanical Services’ experience, it is no wonder that there is decreasing vendor interest in working in TESD. The low bidder turnout on TE School District projects compromises the competitive bid process; which is ultimately damaging to TESD taxpayers. For competitive bidding to work successfully, outside vendors need to feel confident that they will be treated fairly if hired by the TE School District.

In the TE School District, all roads lead “to” or “through” the business manager which I believe is a problem and indicative of a far greater issue. This is the same business manager who has yet to satisfactorily explain the $1.2 million accounting error. And these are the folks in charge of the $35 million high school expansion project!

In closing, I would be remiss not to remind TESD residents that the 2020-21 preliminary budget includes a property tax increase of 2.6% – in the midst of high unemployment, small business failures and an uncertain future! For the record, the school board approved the preliminary budget 8-1 (Scott Dorsey was the sole dissenting vote). The final vote on the 2020-21 budget is June 8.