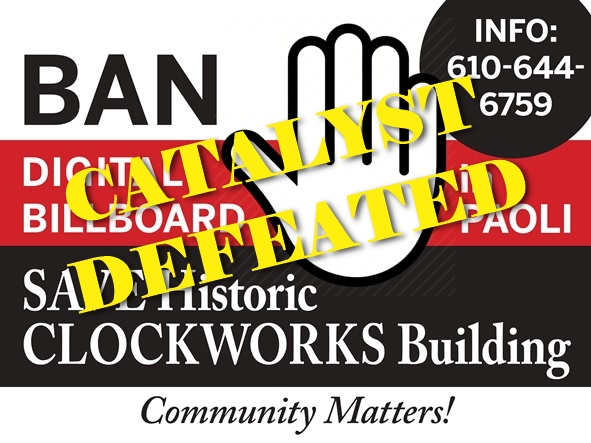 For fourteen months, the BAN the Digital Billboard campaign has fought back against Catalyst’s plan for digital billboard at the Clockworks building — and tonight VICTORY is declared! Thank you to so many who joined in and supported the journey against the digital billboard.

Of course, I would be remiss if I did not say that Catalyst can appeal the decision and I think the time line is 30 days — the appeal would go to Chester County Court of Common Pleas. For now, I’m just going to savor the VICTORY of NO Digital Billboard in Paoli … Community Does Matter!