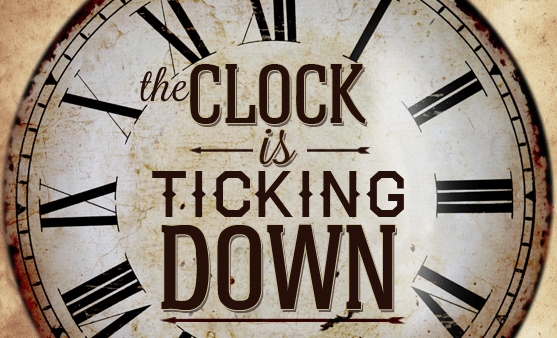 The clock is ticking down for the school board and 2019-20 budget decisions. The school board will vote on the final budget on Monday, June 10, 7:30 PM at Conestoga High School. (Click here for the agenda).

In mid-December, the District first presented the 2019/20 budget with its proposed 6.1% tax increase — much has happened in the intervening six months.

Ongoing questions from the public about the $1.2 million accounting error have remained unanswered or denied, even in the face of legal action.

The individual Board members continue to be at odds about the proposed tax increase although the “whisper down the lane” message for months was that the tax increase would not be 6.1%.

The public is now told that the District tax increase “under consideration” is one in a pick list of 2.8%, 3.91% or 4.33%. The exact tax increase number becomes dependent on which school board member that you ask, with some keen on the lowest increase – some the highest and the others in the middle! Although the specific proposed tax increase should have been firmed up months ago, the public will have to wait for the final vote from the Board tomorrow night.

In case you are interested, below is the updated T/E School District tax increase chart for the last 15 years. Although I have no say (or sway!) my vote is for a 2.8% tax increase for the 2019-20 budget year versus one of the suggested higher increases. But to be clear, I’d like to roll back to the 2004-05 school year, the last time we saw no tax increase!

In advance of the meeting tomorrow night, I want to thank school board members Roberta Hotinski and Ed Sweeney for weighing in with comments on Community Matters regarding the budget. (Their fellow Board members are always welcomed to do likewise). And thank you to those in the community who have presented their thoughtful comments on the proposed budget, both here and privately in emails and phone calls — much appreciated!

And a special thank you to my friend Ray Clarke – faced with a 338-page agenda for the Board meeting tomorrow, I am grateful for his review and commentary on the agenda and final budget (see below).

TESD has published the Agenda for Monday’s meeting. The Final Budget is to be approved, but three possible tax increases are still on the table, as are a number of “Budget Impact Strategies”, both quantified previously and also – alarmingly – “Other items to Consider”, that includes “2019/20 Budget Assumptions”. What a way to run a railroad – or a school district.

The main issue has been beaten to death here, of course, and remains: How can any tax increase greater than 3.91% be approved? What are the implications of accepting that number?

A couple of other things caught my eye:

– The average of both Administration and Supervisor salary increases are more than the 2.3% Act 1 Index, and more than the contractual 1.7%. Where is that extra money to come from – the Special Education Exception?

– On the other hand, the compensation for aides and paras (the few not outsourced) increases just 1.7%. These folks earn less than a quarter of the average Admin.

– There is the proposed appointment of a School Safety Coordinator at a salary that with benefits would imply the originally budgeted $180K expense, yet the budget materials include a $50,000 saving. Has that been explained or is it just another Consent Agenda item?

– Once more this year, the materials include a listing of service provider rates, with no context – such as: comparison with last year, total spend, total $ and % increase, issues if any

– 21 retirements celebrated and an unknown number of resignations during the year; what’s the budget impact of lower compensated replacements (“breakage”)? No idea!

– More Special Education Agreements that boggle the mind: $452,000 for seven students for a year; $209,000 for one student for two years. The accounting cover up has stolen two years from any possible effort to understand and manage this expense category.

So, as the Board considers next year’s Budget, do they have any idea at all of what’s going on? Any frame of reference with current best estimate numbers: this year vs last year (and last three years), revenues and expenses by actionable category, backed by their underlying assumptions? Any confidence? Any trust?

Seems like it’s the proverbial rainy day for which that $30 million Fund Balance is needed. As someone who has paid into it for 20 years. I’m happy to see it dwindle. That’s only good for so long, though.