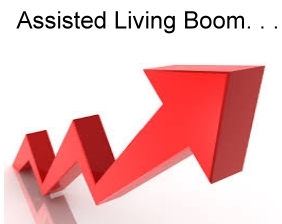 My first thought is how many assisted living facilities is enough? For many years, the township only had one – Highgate at Paoli Point with 80 apartments.

The approval for the Daylesford Crossing project was a long, drawn out process in 2012 which required a text amendment to zoning to permit senior living facilities as a by-right use in C-1 (commercial) zoning. It was argued at the time that the zoning change to C-1 was ‘spot-zoning’ to accommodate this specific project. Others, including myself, questioned what this change would mean for future C-1 development in the township.

Unlike the location of Daylesford Crossing on 4-lane Lancaster Avenue, Russell Road is a narrow residential street in Paoli. The proposed 3-story assisted living facility on Russell Road would be at higher elevation than the residential homes which sit in the valley below the planned construction.

There are many reasons that I do not support an assisted living facility at the Russell Road location but an obvious question should also be asked – does the township really need another one of these facilities? Daylesford Crossing is not fully occupied and it opened over 3 years ago – plus Echo Lake opens next month and presumably Brightview sometime in 2019. When is enough – enough? Or is it a case of “build it, and they will come”?

Another factor that needs to be considered with these proposed redevelopment projects (and sadly one that is often overlooked) is our local volunteer fire companies and emergency responders. Already burdened with staffing and funding needs, how are they supposed to keep up the increased demands of these assisted living facilities? Is Paoli Fire Company and Berwyn Fire Company notified when these types of land development proposals are under consideration?

Here’s the agenda for the Planning Commission meeting on Thursday, December 20, 7 PM at the township building.