Developer Lancaster Chestnut LLP presented a preliminary land development plan LD-03-2016 “Chestnut Road Apartments” at the Planning Commission. The application seeks to consolidate four parcels into one parcel for the development of a multi-story, 17 unit apartment building with 1 and 2-bedroom units.

The site for the proposed apartment building is Chestnut Road, south of Lancaster Avenue and is located within Paoli’s TCD (Town Center) district. Demolishing four 19th century homes to ‘make way’ for a new apartment building was not volunteered by the developer – but rather as response to a Planning Commissioner question regarding the age of the buildings.

I visited Chestnut Road to see where see the location of this proposed apartment building. Assuming the land development plan moves forward, the four historic houses slated for demolition are 35, 37, 39 and 43 Chestnut Road. Driving past these four houses on Chestnut Road, there are three additional houses which are restored and occupied. 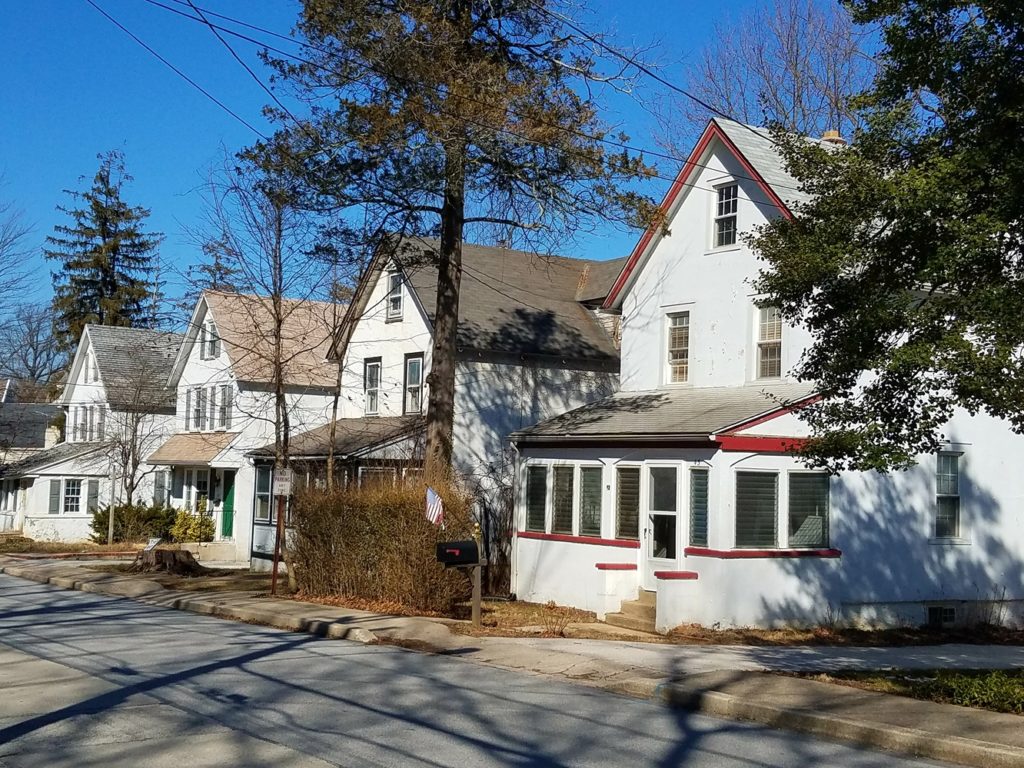 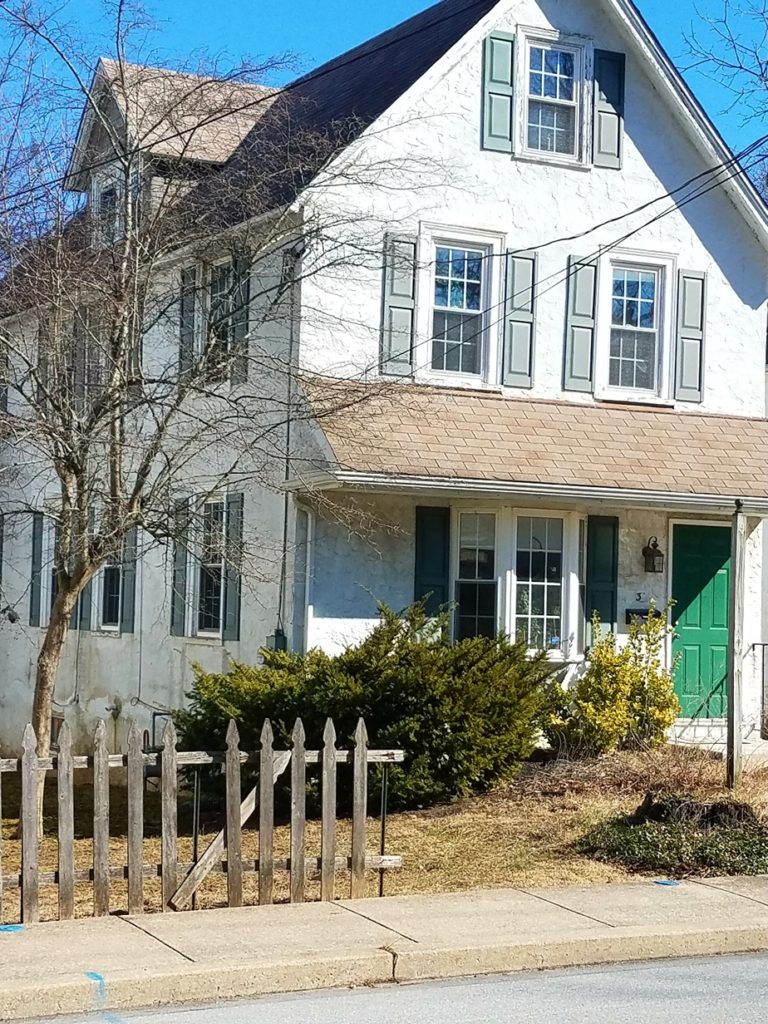 The four houses to be demolished are individually included in the 2003 Tredyffrin Township Historic Resource Survey book. For the township’s survey, the houses were surveyed and photographed. The historic consultant described their architectural style as “gable-end Colonial Revival cottage” and dated the properties to 1895.

Through local history, the neighborhood of the seven 19th century homes on the east side of Chestnut Road was known as Paoli’s “Seven Sisters”. Now one hundred and twenty-two years later and four of the ‘sisters’ are on the brink of demolition. Single family homes of the 19th century to be replaced by 21st century multi-family apartment building. Destruction of local history in the name of progress …?

Although the four 19th century homes are included in the township’s historic resource book, the identification is meaningless as Tredyffrin remains a municipality without a historic preservation ordinance of protection. Without historic protection and the property’s inclusion in the Town Center zoning district, the proposed apartments are a permitted use. Chestnut Road Apartments will join the other new apartment plan in Paoli – Station Square on the corner of N. Valley and West Central.

Visibly annoyed by the many questions and comments, the developer did not feel he had adequate direction on his proposed plan. If I had my way, the project would just disappear but that is unlikely as Mr. Benson made certain that we all know that his townhouse plan is a ‘by right’ use that he intends to pursue. However, there are required changes to his plan if it is to move forward. He certainly left the meeting with a lot to think about update if his plan was to move to the next step.

Because our township zoning allows by-right density housing in many areas of the township, the developers will continue to bring their plans. C-1 (commercial) zoning now includes a townhouses as a by-right use, so what is to keep developers from demolishing office buildings and building more townhouses? Townhouses could be an economic boom for developers to redevelop vacant and/or aging office buildings.