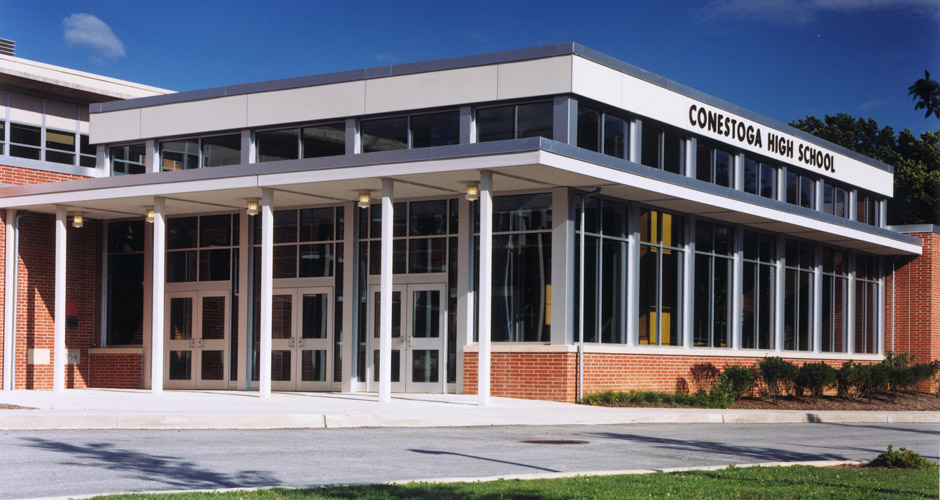 The following statement was released this morning from the Chester County District Attorney’s office regarding the Conestoga High School football hazing incident. As I read the statement, it appears that the three juveniles have received an offense of harassment. According to the statement, the broomstick did not penetrate the victim but rather it was used to poke him in the leg — painting a much different picture. 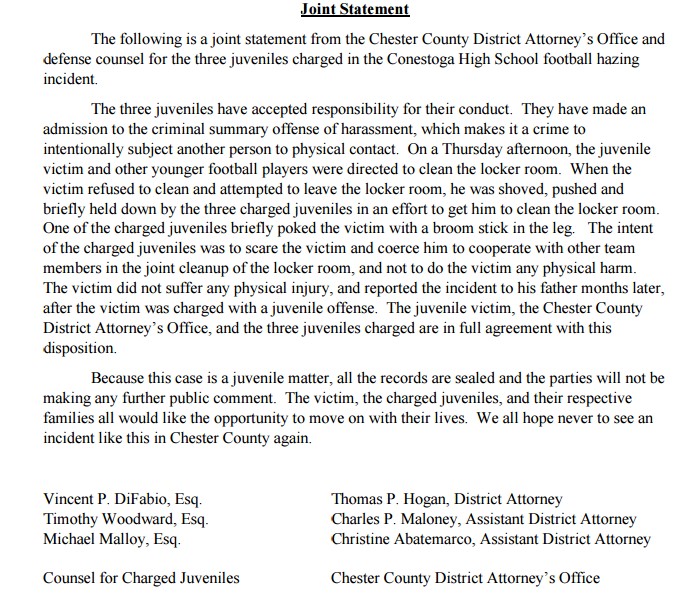