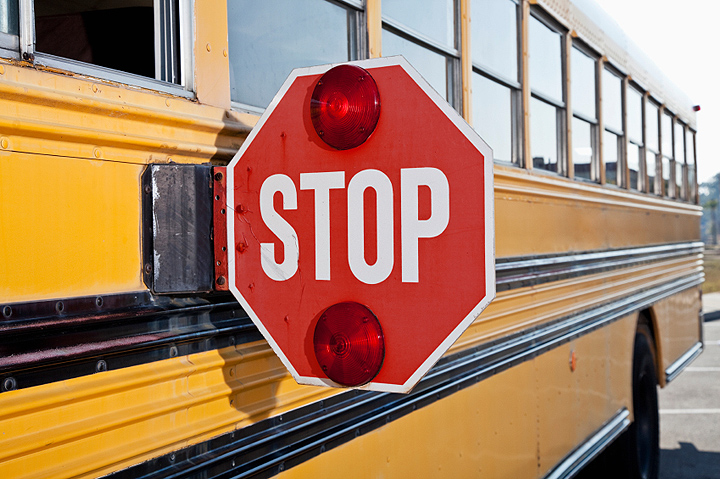 During one of the two comment periods of the TE School Board meeting on September 21, District residents Mr. and Mrs. John Alexander asked the school board directors for assistance with a busing situation pertaining to their son Jackson. The Alexander’s, who live on Valley Forge Mountain, had previously attempted resolution through email and phone calls to the District but were unsuccessful. After their passionate appeal at the school board meeting, the District’s business manager Art McDonnell intervened to say that this was a bus schedule matter and any school bus policy changes need to go to the Policy Committee the following month. The Board concurred with no further discussion.

Although I may not have fully known the specifics of the situation, it was obvious that McDonnell understood the Alexander’s request. A couple of days after the school board meeting, John Alexander called me. After speaking with him, I asked that he provide me with a summary of the situation for Community Matters —

Our son, Jackson, is taking a school district shuttle bus from VFMS to VFES to ride the elementary school bus home two days a week, so that he can participate in 5th grade band and chorus as after school extracurricular activities since both my wife and I work outside of the home. The problem is that even though the elementary school bus passes right by our house twice on its route, the school district’s procedure is to only stop at the closest current elementary school stops. This means that Jackson has to get off almost a half a mile away at the nearest established elementary school stop and walk back to our house which unnecessarily increases his risk of being hurt or otherwise harmed, especially since there are no sidewalks on Valley Forge Mountain.

We had hoped that a simple phone call and/or e-mail requesting the bus to let him off at his old elementary school bus stop from last year would settle the issue and be a Win-Win situation since there would be less risk of danger to our son and the School District wins because there is less risk of an incident for which they would be liable while not impacting other students & families in any material way.

Our bottom line – It seems like the school district is more concerned with minimizing disruptions in their bureaucratic process & procedures rather than taking simple & reasonable steps to increase the safety of a child in returning to their home from school. Shouldn’t student safety be paramount and outweigh bureaucratic processes when reasonable alternatives exist? Now, we are faced with waiting for the Policy Committee to review this in the middle of next month with no guarantee of a favorable decision/ruling.

Over the last couple of years, the school board has focused much attention on school safety, including trying to convince residents that ‘fencing schools’ is the answer to keeping our children safe. Yet, here we have a 10 year old boy walking ½ mile from the school bus on Valley Forge Mountain to his home, after the bus passes his house twice on the route.

The District is endangering a child and risking liability to allow this child to walk this distance and on roads without sidewalks! This makes no ‘safety sense’ whatsoever! The Alexander’s have been told that to change the bus route for them could mean that other families may want similar changes. However, when Alexander pressed McDonnell on how many ‘other’ families have ever had a bus schedule situation which required a change, he was given no response. The bus route included a stop at the Alexander’s house for the 2014-15 school year. As Alexander states, “Shouldn’t student safety be paramount and outweigh bureaucratic processes when reasonable alternatives exist?”

Beyond the obvious safety aspects of this situation, where is the open communication between the Board and this TE School District family. Jackson is the youngest of the Alexander’s four children, so the parents fully understand how the school district works and are not seeking preferential treatment. According to John Alexander, he had previously inquired about the existing “bus policy” cited by Art McDonnell; however, it was not provided. Rather than showing leadership and finding a reasonable solution, the school board accepted the business manager’s approach to “kick the can” to the Policy Committee meeting next month.

I do not understand “why” all school district roads seem to lead to Art McDonnell, the business manager. Beyond the expected business/financial related aspects of his job description, McDonnell is the keeper of the gate for the District’s communications and the Board’s emails from residents, the Public Information officer and the Right-to-Know request recipient. We learned at the last school board meeting that McDonnell ‘hand-picked’ the school safety consultant (without issuing an RFP) and now we find that apparently he is in charge of the District’s bus schedule!

I have sat through many regular and committee meetings of the District and have witnessed an alarming trend…many of the Board’s discussions/decisions seem to defer to Art McDonnell! In my opinion, the decision making powers of Art McDonnell seems to extend well beyond the normal and expected business manager boundaries. As of July 1, the District hired a new Superintendent; so where’s Dr. Gusick’s voice on these issues?

As residents, we didn’t elect Art McDonnell to govern the District – we elected the School Board. Plan to support those school board candidates in the upcoming election on November 3rd who will do their homework and govern with independent thought! We need effective leadership!