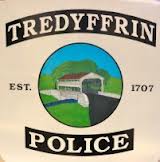 The consulting firm, International City/County Management Association (ICMA) has completed their operations review and data analysis of the Police Department; click here to read the detailed 92-page report. The agenda for Monday’s Board of Supervisors meeting includes a presentation of the ICMA Police Operations Report.

As reference, the Board of Supervisors approved this $49K police operations study in July. Before approving the study, there was discussion from some of the supervisors about whether the money would be better spent on bringing the police officer staffing up to the authorized level of 47 (currently at 41) or using the money for Police Department equipment.

Will the ICMA report influence the proposed 2013 preliminary budget or have a bearing on the ongoing police contract arbitration? Probably the most important question that many of us wanted answered by the consultant’s study – How many police officers are required in Tredyffrin Township to provide adequate safety for the residents? Did the study suggest increasing the department beyond the authorized level of 47 or would the recommendation be to decrease the staffing level?

The ICMA police operations study concludes that a minimum of two additional police officers needed to be immediately hired and assigned to patrol. According to the report, the consultants were informed that two officers have been authorized, increasing the level to 43 police officers.

The ICMA report recommends the Police Department take immediate steps to review the current shift schedule and consider the alternative 10-hour and 40-minute shift schedule, see ‘Patrol Personnel, Shifts and Shift Strength, Four-Shift Model’ on pages 79/80. According to the report, this new schedule can reduce patrol over-staffing; thus decreasing personnel requirements. However, the report notes that changing the shift schedule may be limited by the Police Department’s collective bargaining agreement. By modifying the current schedule, ICMA suggests there would be a reduction in the department’s need for patrol personnel.

According to the report, the current shift schedule provides a “total of six overlap hours during every 24-hour period. In other words, for six hours each day, two shifts (or approximately eight patrol officers) are scheduled to be working at the same time. The data analysis portion of this report confirms this. As stated elsewhere, these hours can be used for training and other purposes, such as participation in the department’s physical fitness program. But as the data analysis indicates, this dramatic increase in manpower suggests some inefficiencies that are built directly into the shift schedule.”

ICMA claims that the alternative schedule, which uses four starting times for shifts each day instead of three, will provide for greater flexibility, “both in terms of varying start times and in aligning manpower with calls for service.” By making this change in scheduling, the report indicates a reduction in supervisory staffing requirement. As I understand the report, if the Police Department were to move to the alternative 10-hour and 40-minute shift schedule, the standard of service to the community would be maintained with 43 officers (implying that the additional 4 authorized staffing vacancies would not be filled). However, the report points out that if the schedule is not changed, it may require the staffing level to increase to 45. Currently the Police Department has authorized staffing for 47 officers – my read is that ICMA does not recommend filling those two additional vacancies.

The current breakdown of the 41 members* of the Police Department are as follows:

It makes sense that the reduction in Police Department staffing directly affects overtime expenses. With vacancies of six police officers (47 authorized down to 41), the report provides overtime data that underscores the additional overtime expense. The Police Department’s overtime costs in 2009: $55,175; 2010: $66,231; 2011: $144,037 and up to August 15, 2012: $138,914. Overtime expenditures in the first 8 months of 2012 were nearly as much as all of 2011 and clearly the overtime costs will continue to rise until the end of the year.

Will the recommendations contained in ICMA’s study have any effect on the township’s proposed 2013 preliminary budget? In reviewing the proposed 2013 budget, the actual level of police staffing is not obvious. Does the proposed 2013 budget allow the Police Department to increase staffing to its authorized level of 47? We should remember that the authorized level of 47 police officers is actually a decrease from previous years — at some point in the past, the Police Department had 50+ officers.

As it now stands, the proposed 2013 preliminary budget includes a 5.5% tax increase with the $40M unfunded medical liability dark cloud hanging over the township. In addition, the ‘elephant in the room’ is the ongoing contract negotiations between the township and the police union, Tredyffrin Township Police Association (TTPA). Since January 2012, the contract between TTPA and Tredyffrin Township has been in arbitration; the 3-year police contract expired the end of 2011. The process has been held captive for nearly a year, waiting for a ruling from independent arbitrator, Michael Zobrak.

Because of the comments on my post, “Lifetime healthcare benefits of Tredyffrin Township Police Association result in $40M unfunded liability – What’s the solution?“, I filed a ‘right-to-know’ request with the township. I received copies of TTPA 2004 and 2009-11 contracts. Until a new contract is signed, the Police Department continues to work to their last contract, 2009-11. The starting point for the collective bargaining agreement is with the 2009-11 contract; therefore, my comments below are taken from that contract. (Click here to review TTPA-Tredyffrin Township 2009-11 contract).

Without a copy of the police contract, there was conflicting information and questions, much having to do with the medical coverage of retired police officers. Here are the facts according to the 2009-11 contract:

It was my understanding from the budget meeting, that retired police officers received lifetime health care benefits; however that point was debated on Community Matters. Reading further in the contract, it states that, “… Officers who retired prior to 1/1/09, as well as their spouses and eligible dependents, shall be permanently vested with, and continue to enjoy, the same level of healthcare benefits being provided for them by the Township as of 12/31/2008 at no cost, except for co-payments and deductibles then in effect.”

For those police officers currently employed by the township, the township pays the entire medical premium for police officers, including spouse and children, with officers paying co-pays and deductibles. Benefits also include dental and vision coverage.

Another question previously raised was the longevity bonus pay of the police officers and how it was calculated. According to the contract, the bonus is computed as follows:

The biggest roadblock in collective bargaining contract disputes these days is health care benefits (in addition to salaries). Certainly health care benefits were an important component in the recently settled T/E teacher contract negotiations. Appreciating the current economic environment, the teachers agreed that their generous healthcare plan of the past was no longer possible, changes were made in their teacher’s contract accordingly. At present, there are 52 retired police officers and their families that are receiving retirement medical benefits. According to the 2009-11 contract, it appears that police officers retiring before 1/1/2009 are not required to go on Medicare when eligible. It would be interesting to know how many of the retired 52 officers have opted to go on Medicare benefits (even those not required to do so) when they became eligible.

As the T/E School District’s contract with the teachers union is a public document so is the Tredyffrin Township Police Association contract with the township. Some in the community have voiced concern with residents speculating about the contents of the police contact. I am of the opinion that as the T/E School Board has the TTEA contract available on their website, www.tesd.net, the township should likewise provide the TTPA contract on the website. Providing the public documents to the residents lessons the confusion and misinformation that comes about by not know the facts.

I look forward to your comments on ICMA’s report reviewing the Police Department and the 2009-11 agreement between TTPA and the township. Monday, December 3 Board of Supervisors meeting includes the proposed 2013 preliminary budget and the ICMA police operations report on the agenda.