Monday morning marks the next step for the Paoli Transportation Center project! 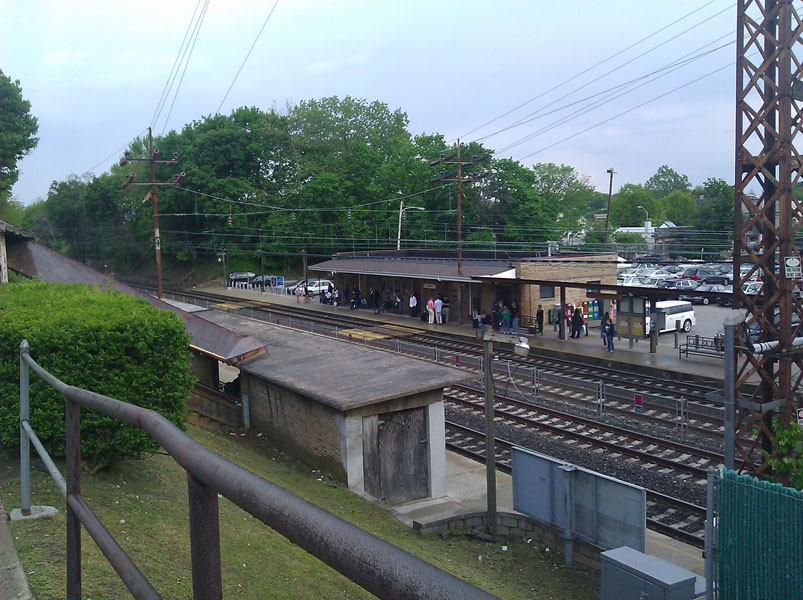 Five months ago on January 31, I wrote that SEPTA had awarded a $7.5 million contract to Gannett Fleming for the design of a new Paoli regional rail station and parking garage. The plan calls for building the new station 80 feet west of the current train station location to better connect SEPTA and private buses. The plan will involve high-level platforms and the reworking of Amtrak interlocking system. PennDOT selected Parsons Brinckerhoff for the interlocking design work on the Keystone Line between Philadelphia and Harrisburg, which include the Paoli Transportation Center. Gannett Fleming design work is to take place through 2014.

At the same time that SEPTA announced its award to Gannett Fleming, the township selected McMahon Associates as the engineering consultant team to complete a study to outline recommendations for the necessary road improvements, including the bridge, needed to support the new transportation center. The McMahon study will address congestion, public safety and establish a plan for an overall vision for the new train station through traffic calming, streetscape and intersection modifications. This is a state-funded project and completion is expected by the end of 2013.

Tredyffrin selected Bergmann Associates as the engineering team to design the signal and roadway improvements for the intersection at Rt. 252 and 30. The design will be based on the 2011 feasibility study. This design study is state and federally funded and expected to be completed by 2013/14.