The dust has begun to settle on Gov. Corbett’s proposed budget. Although most areas of government were not exempt from cuts, the decrease state funding to higher education and school districts may have the greatest effect on local residents.

The table below from Dinniman’s website (www.senatordinniman.com) is interesting because it focuses specifically on the state funding to our local school districts, including TESD. The statistics indicate the current funding for public education versus the funding contained in the governor’s proposed budget. The decrease in state funding ranges from $446,269 in the Great Valley School District to Downingtown School District’s $2.9 million. The funding loss is due to Corbett’s proposed elimination of the Accountability Block Grant and Education Assistance programs.

Although Tredyffrin Easttown School District is grateful not to be in the $2 million + budget cut category of West Chester and Downingtown school districts, we are far from exempt. According to the table below, TESD proposed decrease in state funding equates to an approximate -9.69% change or $479,569. 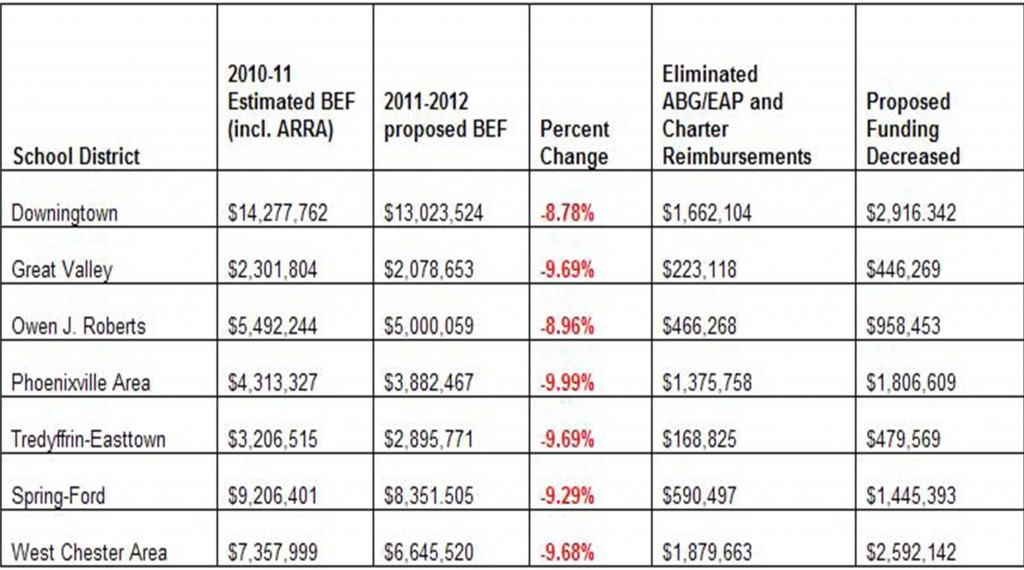