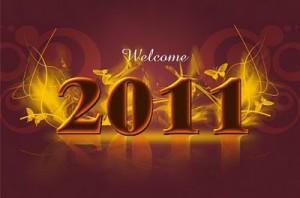 Oscar Wilde, the great 19th century literary figure, wrote, “We are all in the gutter, but some of us are looking at the stars.” And so, just as we began 2010, so we begin 2011 – with a long list of hopes and dreams for the New Year. Yes, that time of the year is upon us again.

‘Tis the season to reflect on the year gone by and make resolutions and wishes for a better 2011. We resolve to be especially good to ourselves. We’ll eat healthier, we’ll make our lifestyles more sustainable, we’ll be more frugal (the current economic climate leaves us little choice), we’ll turn over that proverbial new leaf that pops up every year around this time . . .

We will wish good thoughts for the New Year. The economy is atop nearly everyone’s list of hopes for the coming months. More jobs. Better growth numbers. We will hope that our elected officials in Washington, Harrisburg and yes, in Tredyffrin Township always put the people’s best interests ahead of their own. There is a lot to wish for. Indicators are pointing to improvement, but patience is in order since the economy has quite a way to go to return to something approaching normal.

The year 2011 certainly won’t be a carefree one, but there’s no reason it can’t be a happy one. Happy new years don’t happen automatically. They require a lot of work, a lot of planning, and more than a little bit of luck. There’s not much anyone can do about number three, but those first two factors are something members of this community understand and are good at.

Happy new years are never guaranteed. But as they arrive, they offer the chance for all of us to find our footing and focus and resolve — an opportunity to learn from past mistakes and move forward.

Here’s to a happy 2011 and remembering to take time for “looking at the stars”.