Over at Save Ardmore Coalition, Carla has been following the ongoing problems of the Mt. Pleasant neighborhood and the student housing situation. Reciprocal links are exchanged between SAC and Community Matters and thanks to social media, there are immediate notifications as the sites are updated. I wrote of Tredyffrin’s upcoming public meeting re proposed college housing ordinances and Carla responded with the following on her website: 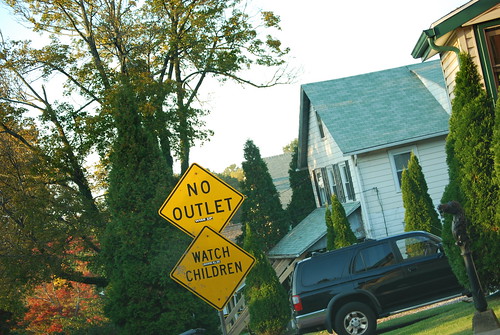 For almost a year now thanks to a blog/website I found and nice woman named Christine I met, I have been following the issue of off campus student housing in Tredyffrin.

This off campus student housing issue in Tredyffrin is quite serious because in my opinion Tredyffrin Township is all F*****d up with no place to go on the issue.

The issue is horrific in Mt. Pleasant, a historic African American community in the panhandle or Wayne section of Tredyffrin. But I also know a dear friend’s sister and her husband (and she is an old school chum of mine as well) who are in another very nice neighborhood in Tredyffrin off Old Eagle School who also put up with what often amounts to party city.

For years, while other municipalities like Radnor, Lower Merion, and Haverford Townships were creating rules (because you can only say creating zoning in Haverford and Lower Merion, because in Radnor Township, student housing is dumbly NOT in zoning I believe) surrounding off campus student housing and the number of people wh can live in group housing situations, Tredyffrin pretty much ignored it. So in Tredyffrin for the past however many years, off campus student houses all year round have resembled over-crowded shore houses in many cases.

I first became interested in this when I heard the plight of a mom in Tredyffrin who would awaken to things like a drunken college student peeing on her child’s toys in her fenced in yard. Then I heard stories of lack of action on almost mob mentality by Tredyffrin Police and the problems she had calling the police and getting them to respond. This was followed by reports of properties being gobbled up by developers, slum lords who wanted to turn a single family home into twins, etc and how Miss Mazie’s house had fared in Mt. Pleasant.

I have sat on the sidelines and watched as all these Tredyffrin residents have gotten jerked around by Tredyffrin Township officials and I think it is still happening because Tredyffrin has scheduled the crucial public meeting to decide on this student housing ordinance and how good it will be or how much it will suck for the DEAD, DEAD, DEAD of summer when all ther municipalities around aren’t even scheduling meetings. To me that is very telling on how important they think this is.

So I am posting this and hoping others out there who blog will cross post this and twitter it and Facebook it and tell whomever they know in the media to consider covering it so these people in Tredyffrin get a break from slum lords who just want to shove as many bodies as possible into rental properties – which if course in the event of fires and whatnot is also not safe for the students – and you know darn well these landlords are also probably charging these students a fortune too.

My fear as residents just try to get some rules in place is that Tredyffrin will grandfather so many of the places and not have proper seperation requirements that the zoning, etc will be worthless. And we all know when a local government wants to blow something by the residents and taxpayers the best time to do that is to schedule meetings when a lot of people aren’t around. Oldest trick in the book.

Many thanks to Pattye Benson over at Tredyffrin…Community Matters for notifying us of this crucial public meeting. . .