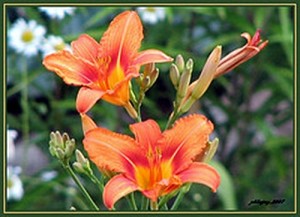 Nine eco-gardeners in Tredyffrin Township will welcome the public in to their backyards this Saturday. The Tredyffrin Backyard Eco Tour will offer an opportunity to see how these community members are gardening in an environmentally friendly way. Living in a sustainable community nowadays is becoming more important as our water and non-renewable resources are becoming scarcer.

The eco-garden tour is Saturday, August 6, 11 AM – 4 PM, rain or shine; tickets are priced at $10. The starting point for the tour is the Tredyffrin Township Library parking lot at 582 Upper Gulph Road in Strafford. Arrive at the library parking lot between 10:45 AM – 3 PM to pick up your ticket and a garden tour map. Homeowners will be available at each of the tour stops to answer your questions. Eco-garden tour chairperson is Cheryl Bittner and is sponsored by the Tredyffrin Township Democratic Committee.