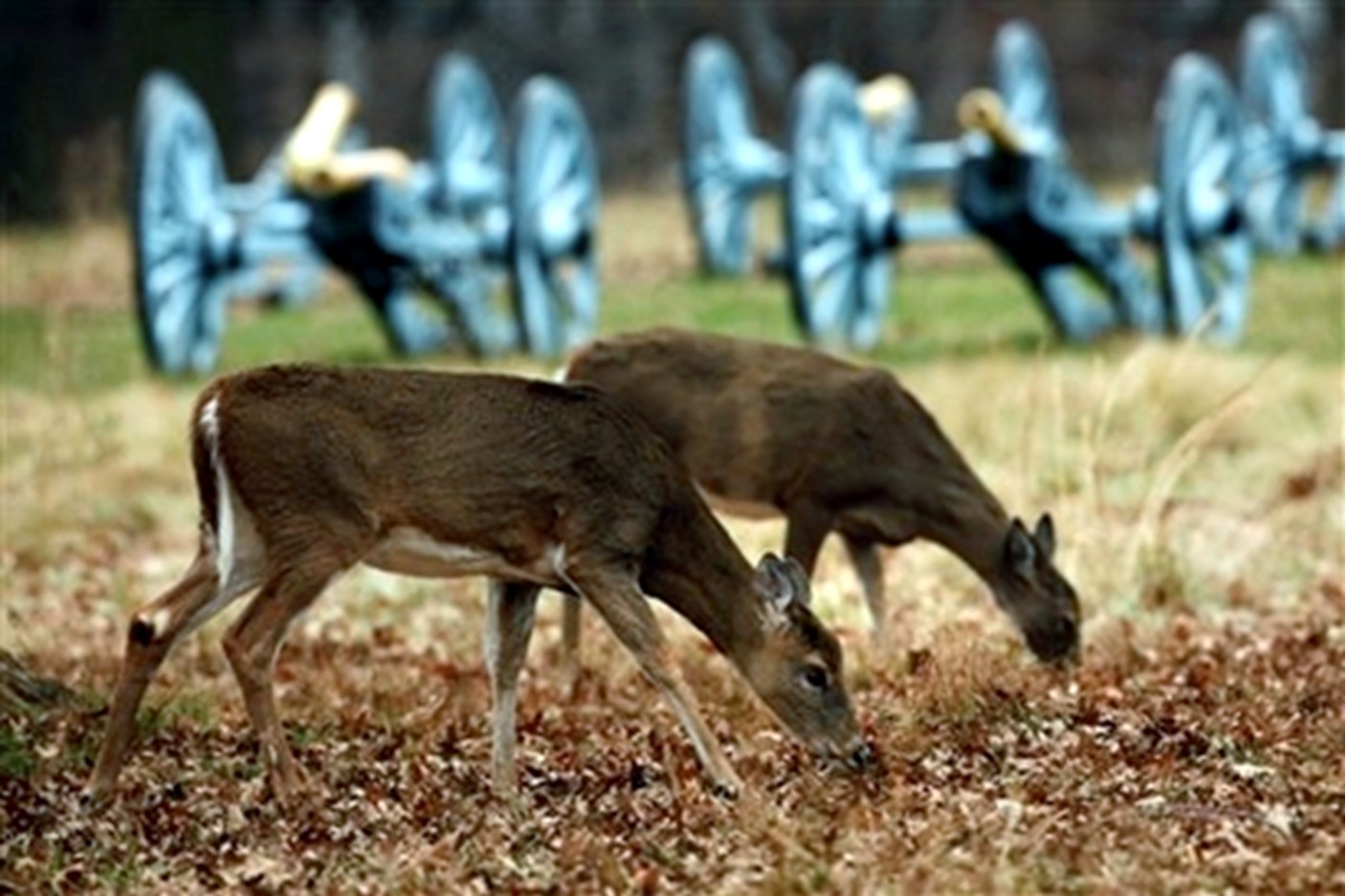 I looked out an upper floor window of our home to a very picturesque scene of 8 deer, including a buck standing against the backdrop of newly fallen snow. I watched as the white-tailed deer grazed off the low-hanging tree branches in the backyard. Deer are creatures of habit, and contrary to popular belief, the majority of them do not migrate. A buck is known to travel upwards of 100 miles but does will stay within the same 3 to 4 square miles for their entire life. This means, the deer you see this year, are probably the same deer you saw last year. It also means that once they’ve found a food source in your backyard they’ll be back for seconds. Like so many Tredyffrin residents, we too have an ongoing love-hate relationship with these animals.

We have tried all the traditional and not so traditional remedies to deter the deer . . . human hair clippings, hanging bars of soap, special deer repellent sprays, etc. . . all with not much success. No one can deny how beautiful and majestic these animals are, but unfortunately they see our plants and shrubs as a buffet that we didn’t invite them to! While we’d like to enjoy their beauty, we can do without the widespread loss to our landscapes and gardens.

So, it is with great interest that I have followed the saga of the Valley Forge National Historic Park’s (VFNHP) long-planned and controversial kill of 500 deer. Currently there is a pending lawsuit by 2 animal-rights groups against VFNHP, Friends of Animals and Compassion for Animals. The animal-rights groups believe that the park should be maintained by natural means. A couple of days before Christmas, the deer were granted a holiday stay of execution with the recent lawsuit filing. The federal judge assigned to the case is not expected to rule before May 31, which means that it will be next November at the earliest before another planned deer kill can take place (depending on the outcome of the lawsuit). The park’s plan had called for contract sharpshooters to kill at least 1,500 deer over the next 4 years. The plan was for federal employees to use silencer-equipped rifles, mostly at night. The herd has grown big and destructive and park officials claim the kill will eradicate approximately 86% of the deer population.

In addition to the animal-rights groups, there is also concern from another local organization, Keep Valley Forge Safe. This group maintains that the gunfire could injure people living near or visiting the park. They doubt that the plan is safe, given that homes and shopping malls now surround the 3,500 acres where General George Washington and his troops spent the winter of 1777-78. Park officials claim that complete safety provisions are in place and that the proper public hearing process was followed. It is the feeling of park officials that the deer have created a crisis; they are eating so many plants and tree saplings that they are throwing the park’s environment balance and regeneration process off. The deer are also blamed for scores of vehicle accidents within the park each year.

Have you or anyone you know suffered from deer tick lyme disease? How close have you come to hitting a deer as you drive on the local roads? Do you support a deer kill in Valley Forge National Historic Park? Are you a Bambi-supporter and prefer that the park officials just leave the deer alone? Or, do you see our local deer population as 4-legged nuisances that destroy our gardens and put us and our cars in danger? For me, I recognize that we have a serious deer problem in this area and I also accept that there is probably not a perfect answer. But I would ask the question, if all possible solutions to the problem been explored and the deer kill is viewed as the best option? I’m interested in hearing your thoughts on the subject.