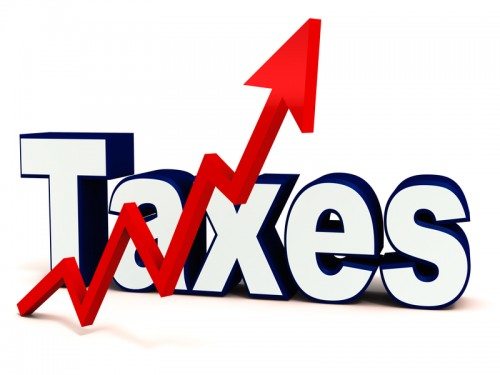 Between the raging pandemic and the horror witnessed in our nation’s capital last week, focus on other matters is hard to come by these days.

The long, dark year of 2020 may have ended but January continues to bring new challenges. Since the T/E School Board meeting of January 4, I have received numerous communications from residents regarding the District’s 2021-22 preliminary budget. The school board voted 5-4 to approve a resolution certifying that the tax increase for the 2021-22 budget will be 3% or lower. The school board will vote on the final budget in June. Should the District’s final budget include any tax increase, it would mark the 17th straight year of tax increase to its residents.

It was stated that the District is facing a $9.3 million deficit for the 2021-22 budget and therefore requires the increase in property taxes. Think about it – for seventeen straight years, we have received an increase in our taxes. We receive our annual tax increase, yet the District seems to magically have a budget surplus. And to be honest, I have never understood what happens to those surplus dollars – where exactly does that “found money” go?

In June 2020, the community outcry over the tax increase fell on deaf ears. At the board meeting, it took the District solicitor 1-1/2 hours to read into public record all the resident’s comments and far less time for the school board to ignore! In the midst of Covid-19 when other school districts put a freeze on tax increases (including Unionville Chadds Ford School District) our school board approved the 2020-21 budget which included a 2.6% tax increase, the elimination of ERB testing and gave salary increases and bonuses for administration, supervisory and confidential employees.

So, what exactly has changed in 2021?  The Covid-19 crisis rages, and we all continue to suffer. Residents have lost their jobs, and every segment of our economy, including local small businesses continue to feel the effects of the pandemic.

Will the proposed 2021-22 budget include a transparent review of all expenditures and impact strategies? As an example – at the Education committee meeting last week, we learned that the District had chosen a new K-8 math curriculum program for the next six years at a cost of $703K. What I find troubling is no whether the District “needs” the math curriculum but rather where was the public comment regarding its selection? With the District’s stated $9.3 million deficit in the 2021-22 budget, the decision-making process regarding the $700K expenditure is deserving of an explanation.

In 2021, many of us are in worse financial shape than we were pre-Covid. We are learning that various school boards in Pennsylvania have decided to hold the line and not increase property taxes. Other PA school districts are utilizing a variety of savings solutions such as freezing wages for its employees and scaling back or putting projects on hold in their 2021-22 budget development process.

It appears that 2021 will mark seventeenth straight year our taxes will go up in the Tredyffrin Easttown School District.

Watching the virtual school board meeting for nearly three hours last night was not for the faint of heart. A few of my takeaways —

With the sole exception of school board director Scott Dorsey’s vocal opposition, it appears that the TESD 2020-21 budget is on target to include a 2.6% tax increase, the highest permitted within PA Act I Index guidelines. (The TESD school board votes on the 2020-21 budget on June 8).

Recently at a May 19 press conference Governor Wolf was asked the question, “”Do you believe school districts should be raising taxes during the pandemic?” Wolf’s response, “We’re in a pandemic and this is not a time to burden any Pennsylvanian with additional responsibility or tax…we should be looking for ways to lighten the load; not the reverse.” This response does not support the District’s proposed 2.6% tax increase!

One of TESD budget strategies contained in the proposed 2020-21 budget is to suspend ERB testing for one year for a savings of $85,000. A form of assessment to guide instruction in math and reading, ERB testing has been used in the District for many years to measure students’ progress. Many pro-ERB test support letters from parents were read at the end of the board meeting. **

Several times during the meeting last night, the school board suggested that residents contact the District with comments regarding the budget, proposed budget cuts (including ERBs), distance learning, etc. There is a Finance Committee meeting on Monday, June 1 — in advance, I suggest that you send your comments to schoolboard@tesd.net.

No update on the District’s unpaid balance of $36K to GEM Mechanical Services was included in the meeting agenda but surprisingly at 10:20 PM, Colm Kelly (head of TESD facilities) offered prepared remarks regarding GEM and asbestos in school buildings.

Kelly’s comment on asbestos at Beaufort Elementary School was circular and difficult to follow – my takeaway was that asbestos mediation was done in the building. TESD is required to keep copies of asbestos abatement reports up-to-date and on file in sll of its buildings. Although I am not sure where the reports are located in the buildings – I suggest concerned parents contact the school district directly for a copy of the report for their child’s school.

Kelly’s response to the 2019 boiler project at Beaumont Elementary and Devon Elementary schools skipped right over many facts and left the biggest question about the District’s outstanding payment to GEM Mechanical Services unanswered.

As per our phone conversation this afternoon, TESD will be cutting a partial payment check in the amount of $24,895.00 that will be available from the TE business office this upcoming Friday 5/29/20.

GEM Mechanical will be on site that same day (5/29/20) to complete our FINAL punch list items at which time we will request the remaining $11,850.00 that is being withheld by TESD and a check will be released no later than the following Friday 6/5/20.

I look forward to TESD and HSA’s cooperation in closing out this project.

It was fascinating that Kelly offered none of this information in his remarks. He no mention made of the outstanding $36K balance which TESD owes GEM Mechanical Services; or that the final punch list items would be completed on Friday. Furthermore, there were NO questions from the school board to Kelly or to the business manager about the money owed GEM or when it would be paid. This is wrong on a lot of levels.

A review of the Facility Committee agenda materials from May 14, 2020 lists three vendors with outstanding final balances from the 2019 school boiler project: (1) $36,295 to GEM Mechanical Services for mechanical services, (2) $16,460 to Five Star, Inc. for plumbing services and (3) $20,075 to AJM Electric for electrical services. Based on the experience of GEM Mechanical Services, it makes me wonder if Five Star and AJM Electric are faced with similar issues.

An interesting Community Matters comment received on this topic —

… As for the districts “reputation” when it comes to paying, GEM is not the first to have payments withheld and they definitely won’t be the last. I am 100 percent sure that there is a job from 2018 that still has an outstanding balance against the district who has slipped thru the cracks by changing the punch list every time payment is questioned.

What exactly is going on with facilities in the school district regarding vendor payments. If a vendor asks the District about their final payment, are they faced with an ever-changing punch list until they finally just walk away. If this tactic is used by the District, it certainly explains the decreasing list of vendors willing to work in TE School District. Sean Gaffney has stated that GEM Mechanical Services will never work in TESD again – I wonder how many other vendors feel similarly.

The school board is elected to be the community’s watchdog, ensuring that taxpayers get the most for their tax dollars. Where is the school board’s accountability to us?