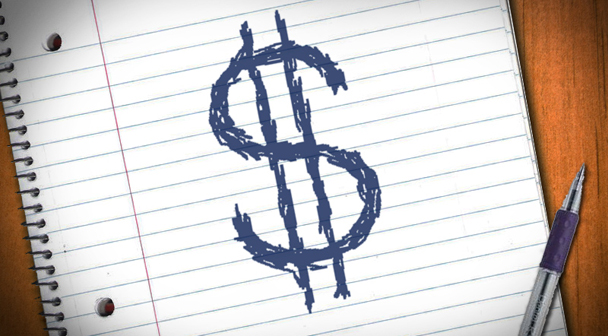 Some brief and arbitrary personal notes from last night’s TESD Finance Committee. There was fair community attendance and engagement, so hopefully others can supplement.
The attendance may have been encouraged by the prospect of “drilling down” into the expense Budget that requires the 4.3% tax increase, but once again we were left flat on our backs as Lucy pulled the football away. For example, we learned that Special Education purchased services are slated to increase by $0.9 million, but have no idea why, beyond “unfunded mandates”. Maybe someone can point out any new mandates, and indeed offer a quantitative analysis of how the $20+ million a year Special Education enterprise spends that money, where the increase is going next year, and why exactly the projection model has the expense increasing at 10% a year for the full five year length of the model. Committee Chair Lastner again held out the prospect of sharing more with the public in future meetings.

The community is also struggling to understand the trajectory of health care costs. Since the district went to the current self-funding model, experience has fluctuated considerably, $1 million or more ahead or less than budget. Analysis of this is left to the insurance broker/administrator, so we have not seen the thinking that supports next year’s budget projection of a 5% increase and subsequent 8% annual increases. If taxpayers are to be comfortable accepting perpetual tax increases to cover this benefit for our employees, it would be nice to see some “drilling down” here, too. Let’s look at the five year trend, understand what’s driving that trend, including any change in the demographics of the covered population and the employee contribution, budget to that long term trend and use the $5 or $6 million of taxpayer money tucked away in the Fund Balance to systematically smooth out the inevitable fluctuations.

A comparison of budget to actual for the last three years was notable for one factor: in every year, actual employee compensation costs have been better than budget by at least $1 million and in 2013/14 more than $2 million to the good – because the impact of retirements and unpaid leaves of absence (both of which bring replacement with lower cost staff). And a similar outcome is projected for the current year. But we were told that this over-budgeting – which leads every year to a higher than needed tax increase – can not be budgeted for because the district only officially learns of retirements after the budget is completed. Somehow we can estimate cost increases (eg: healthcare), but can not manage to deal with decreases?

More information to come re the laptop plan (hardware choice, roll-out timing, cost-sharing, etc.). I gather the Education Committee approved the educational rationale, so maybe a good start for communicating that rationale to those of us who bought their own log tables and slide rules would be to provide a white paper documenting how educational outcomes will be improved.

Since the passage of the District’s preliminary budget last month which contains a 4.3% tax increase, it is not good news to read that there’s been no movement in the direction to decrease. At the time the preliminary budget was passed, I recall that the Finance Committee Chair Virginia Lastner told the public that this only to “keep the options open”. Lastner stated that all expenses would be reviewed ‘line by line’. Maybe that discussion will happen at the budget workshops.

On Thursday, February 18. the Facilities Committee (with Virginia Lastner, chair) will return to the discussion of the fencing project at Valley Forge Middle School and the consultant’s report. Interestingly, a review of the meeting agenda indicates a strict time schedule — public comment is from 5 PM – 5:05 PM. Five total minutes for public comment — what is that about?

The TE School District’s Education Committee meeting included a surprising (and expensive) item on the agenda – the proposal to outfit all teachers and grade 7-12 students with District issued laptops.

A few short weeks ago, the school board approved a preliminary budget which included a 4.3% tax increase. With that unanimous vote, the Board assured the residents that expenses would be thoroughly reviewed ‘line by line’ in the coming months. And then we learn this week that this same board is discussing spending an estimated $1.8 million on teacher and student laptops. Where’s the fiscal responsibility?

Setting aside the expense of the laptops, is there research indicating this is a current school district need? Don’t the majority of the teachers and students in the District already have computers? If a need for a computer exists with any of the students, it certainly should be met but has anyone polled the students/parents? What level of laptops are proposed? My guess is that many of our students and teachers already own a higher quality of computers than the District is proposing.

And what about liability issues that could arise with giving our students computers? Remember the Lower Merion scandal and subsequent lawsuit over district-supplied computers and the webcam spying on students. How will TE parents know that their children are protected from something similar? No one wants to believe that these things could happen in TE, but has the school board thought about security measures to protect the privacy of the students.

Because I did not attend the Education Committee meeting, I wanted to know if other residents shared my concerns. Resident Doug Anestad attended and provides the following update for Community Matters:

The administration would like to buy a laptop for every teacher and student in grades 7-12 in what is commonly called one-to-one laptop program. They would roll it out over a three years. Each laptop would cost about $400 and they would purchase a 4 year warranty and accidental damage protection for $200 for a total cost of $600.

I find it disappointing that the education committee voted to proceed with this project right after the school board voted to approve a preliminary budget that increases our taxes 4.3% while still showing a projected deficit of $468,118.

I believe that teachers should have smart boards and laptops and should have access to either laptop carts or computer labs on those days when computers would be helpful. I also support the Office 365 initiative as it allowed all students to have access to the same software so that documents can be exchanged with fellow students and teachers as well as allowing shared documents.

I cannot however, support this abuse of taxpayer money when there is so much financial uncertainty and after so many massive tax increases over the past decade that show no sign of slowing down.