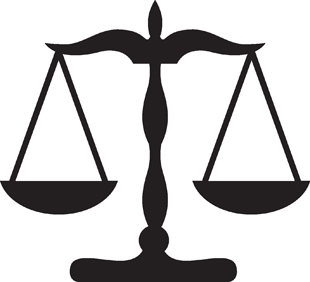 According to the meeting agenda notes for tonight, Policy 5401 “will be brought back to the Committee at the next meeting with proposed enhancements, including a definition of consultation, a consultation form, and a decision tree to reflect the protocol for assessment of threatening behaviors delineated in the Regulation.” The question will become, does the updated version of Policy 5401 achieve its goals?

Maggie and Mark Gaines and their kindergartner daughter Margot with Down Syndrome, is the family in the middle of the District’s policy governing student discipline and police consultation. In a read of the proposed changes to Policy 5401, my interpretation is that the transient threat of the Gaines’ 6-year old would not require a consult with the police.

In part the proposed change to Policy 5401 reads, “ … Based upon the available information, the Threat Assessment Team will categorize a threat as transient or substantive. If the Threat Assessment Team determines the threat to be transient, they may consult with police for students in grades 9-12 …” It would appear that police consultation will no longer be part of the process for elementary and middle school students if the threat is viewed as “transient” (as was the case of Margo Gaines, the kindergartner with Down Syndrome).

From the beginning, the focus of Maggie and Mark Gaines has been on the actual process of Policy 5401 and the specifics as to “how” and “when” the District should consult the police. Do the proposed changes to Policy 5401 satisfactorily meet that goal? I don’t think any of us want to see T/E School District making national (and international) headlines again over police involvement for a special needs kindergartner pointing her finger.

Below is a Facebook entry by Maggie Gaines regarding the Policy Committee meeting tonight; and is posted with her permission.

Please come out and support Mark Gaines and me as we push the school board to adopt new language to protect all our kids.

I’ve said this in the past, but will say it again. THIS is what Democracy looks like. We cannot allow our local elected officials to make policy that affects all of our children without input from the community and without keeping a watchful eye on how and what they put into these policies.

It truly is our collective responsibility to ensure they get it right. This is especially true for Policy 5401, which though its intentions were largely good, missed the mark, resulting in the school insisting they were required to call the police on my 6-year old kindergartner for pointing her finger at her special-ed teacher and saying, “I shoot you.”

I decided to go public with my daughter’s story because I recognized this was an issue not only affecting my daughter but many kids in our school district and in other districts in our area and around the country. I have put myself and my family out in the public sphere to make change. And now I’m asking you all to stand with me and to push for change, too.

Let’s make sure they fix this.

I learned of a troubling situation from the January 21 meeting of TESD Policy Committee. Although I was not in attendance at the meeting, I reviewed the video of the meeting and would encourage all reading this post to do likewise (click here for video).

According to Maggie and Mark Gaines, their 6-year-old kindergarten daughter (who has Down Syndrome) now has a record with the Tredyffrin Township Police Department. The following is from the statement read by Mrs. Gaines at the Police Committee meeting:

Our daughter Margot is a kindergartner at Valley Forge Elementary School. And she now has a record with the Tredyffrin police department, because the district alleged she had made a threat to her teacher.

On November 19, Margot, who has Down syndrome and often struggles transitioning between activities, was asked by her teacher to do something she did not want to do. At one point in her refusal, she pointed her finger at her teacher and said, “I shoot you.”

I imagine the utterance was not unlike the instances when I’ve told her it’s time for bed and she says, “I hate bed. I hate mommy.” As most parents can attest, I have learned not to take offense. For I know that a short time later she is usually cuddled up to me, while we read bedtime stories and exchange kisses and cuddles before saying good-night.

At any rate, the teacher claimed this response was a “threat” and brought Margot to the principal, who talked to my daughter and quickly determined that she neither understood what she was saying nor meant any harm to her teacher or any of her classmates.

The principal then followed district policy and convened a “threat assessment” team. The threat assessment team met and determined Margot had made a “transient” threat, which is simply an expression of anger or frustration with no intent to harm anyone. The threat assessment team recommended no disciplinary action. Also, there was no recommendation from the principal, Margot’s teachers nor any other members of Margot’s IEP team to address the “problem” behavior in her IEP since it appeared to be an “isolated” event.

I think most people would agree that this is where the issue should have ended. And yet it did not.

Mrs. Gaines received a call from the principal after the assessment team met to notify that the District policy required a call to the police regarding the incident. As any parent would do, she “disagreed and argued it was absurd to involve the police for an episode involving a kindergartner who pointed her finger, not in malice, but in protest to a request to change classrooms.”

The Gaines do not believe that the District Policy 5401 “Student Discipline” requires the police to be called for a transient threat. However, the school district alleges that 6-year-old Margot with Down Syndrome made a threat to her teacher and therefore under Policy 5401 required police involvement.

Compounding the situation, we learn from Mrs. Gaines statement that their kindergartner’s information was entered into the Tredyffrin Township police database and that it “would not be deleted or expunged after any reasonable time period”. When Mrs. Gaines asked the police officer who could have access to the information, the response was that it was publicly available.

I want to be clear — nothing is as important as protecting our children and everyone wants our schools to be safe. But surely there must be a better solution than to create a police file on a special needs kindergartner. I do not want to believe that the District intended this outcome from its Policy 5401.

A statement by former school board director and chair of the policy committee Kate Murphy was read at the January 21 meeting and provided the following remarks,

When we revised Policy 5401, and reviewed the accompanying Administrative Regulation, we didn’t discuss a situation like this. Many of our changes and revisions were driven by events that occurred in our middle schools or high school, not in our elementary schools.

It wasn’t my intent to notify the police, or create a “record” with local law enforcement when an elementary-aged child made what our trained threat assessment team determined to be a “transient threat.”

Knowing now how this policy is enforced, please ask if this is your intent. Does it make sense to notify local law enforcement every time an elementary-aged student makes a non-substantive threat out of anger or frustration?

If this isn’t your intent, please clarify the language in Policy 5401, and ask the administration to do the same in their accompanying regulation.

Thank you Kate for providing historic background on Policy 5401 — much appreciated.

Folks, watch the video of the January 21 meeting and the associated public comments and I think you will agree that review and clarification is needed for District Policy 5401 “Student Discipline”!

There is a school board Policy Meeting tomorrow, Tuesday, February 4 at 7 PM at the Administration Building. According to the meeting agenda, there will be follow-up on Policy 5401 Student Discipline. I plan to attend the meeting in hopes that the school board clarifies Policy 5401 and takes the appropriate action.