Ford Times was a monthly publication produced by Ford Motor Company and given to buyers of new Ford cars by the selling dealership. The first issue was published on April 15, 1908. It remained in publication until 1996. Each issue consisted of several articles about sports or vacation destinations, fun stories about people

According to vintage Ford facts, the Ford Times was most known for the recipes. For many years recipes from famous restaurants across the country were published towards the back of the magazine. The Ford Times of October 1956 contained a painting of the Old Covered Wagon Inn by Ruth Baldwin and included favorite restaurant recipe chopped sirloin a la Mario and garlic bread.

I wonder if the Sam (Severino) Caneda family was the owners of the Covered Wagon Inn when it was featured in Ford Times in 1956. 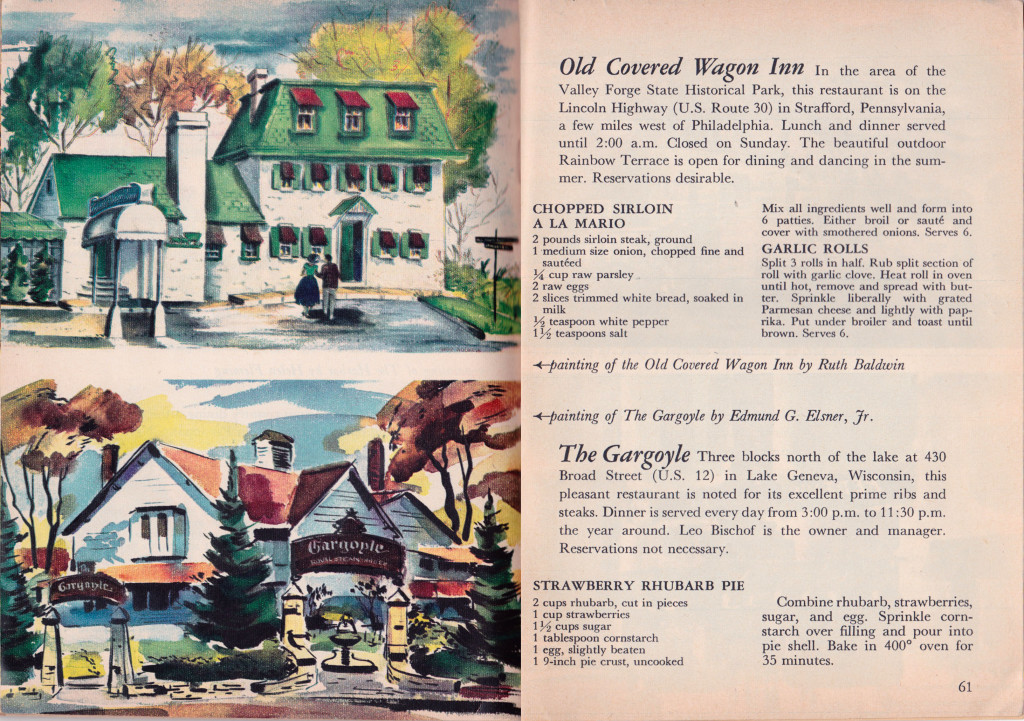 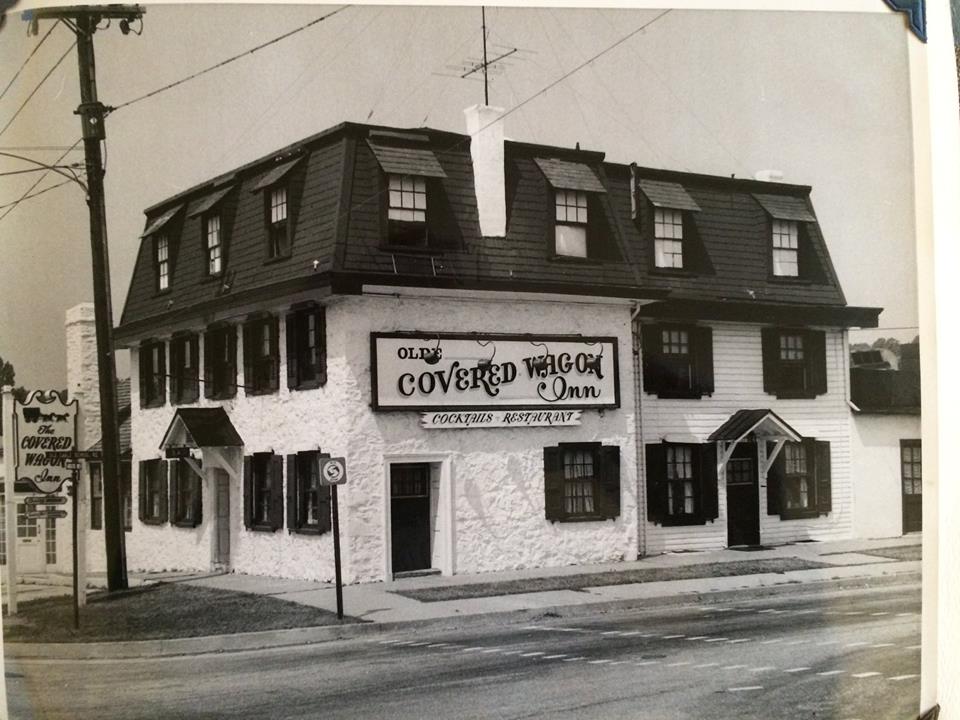