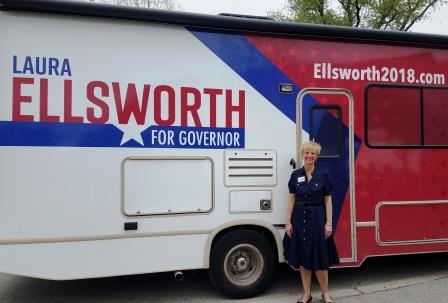 One of the residents in attendance asked Ellsworth if she voted for Donald Trump in the last election – without skipping a beat, she responded with a firm NO. In reviewing a Philadelphia Inquirer article, I read that Ellsworth “backed John Kasich for president (says she wrote in his name in last year’s election), gave money to Barack Obama, Hillary Clinton, and Sen. Bob Casey — and doesn’t like political labels”. It was clear today that she wasn’t touting party politics but instead representing herself as a candidate for “all” the people.