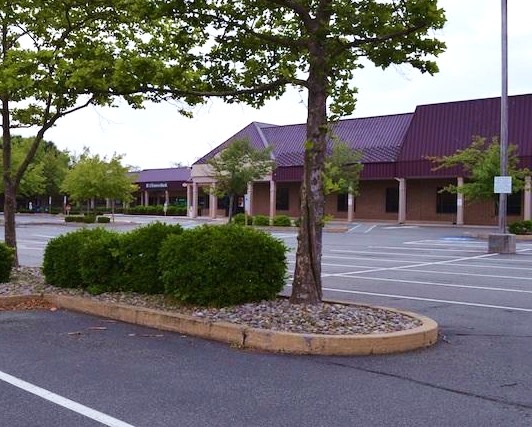 There is an update with forward movement on the Chesterbrook Shopping Center redevelopment project! The developers of the shopping center, 500 Chesterbrook Boulevard LP, will appear in front of the Planning Commission on Monday, April 27, 7 PM to review the preliminary/final subdivision application for the site. The developers plan is to redevelop the existing 13-acre site, which contains approximately 122,000 sq. ft. of commercial space, into a mixed used development. Their plan contains approximately 31,000 sq. ft. of commercial space (utilizing a portion of the existing building) and 124 residential townhouses in the newly created Town Center District.

It has been nearly 4 years since Genuardi’s in the Chesterbrook Shopping Center closed. With the departure of the 40,000 square foot grocery store, the Center saw a significant drop in foot traffic and began a downward spiral as the empty storefronts continued.

Also in front of the Planning Commissioners on Monday is the Wayne Glen development project. Unlike the widespread community support that developers have enjoyed with the Chesterbrook redevelopment plans, the Arcadia Land Company project ‘Wayne Glen’ at the northwest corner of the intersection of Swedesford and Old Eagle Roads, has seen its share of spirited debate. 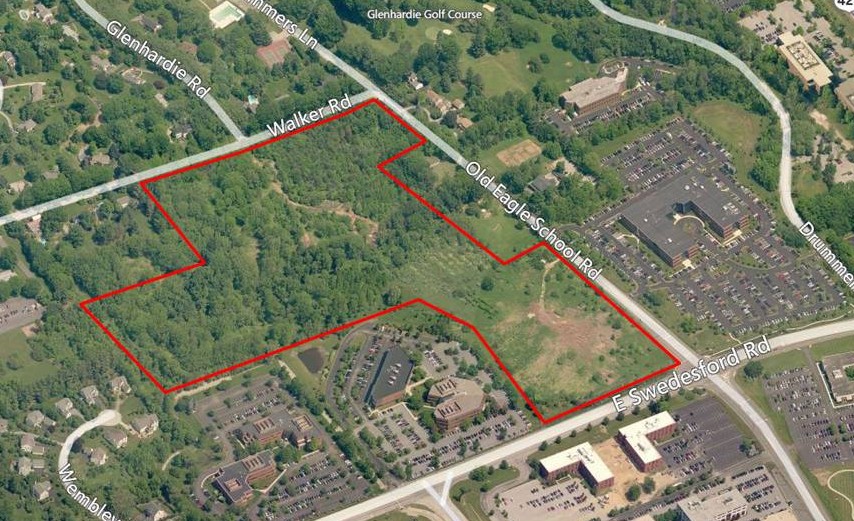 The proposed Wayne Glen project is a mixed-use development with carriage homes and townhouses plus an office-building component. The issue for the residents close to the Richter Tract is how the developer will manage the stormwater situation as much of this area, including Glenhardie, is prone to regular flooding. The Wayne Glen project is located in the Trout Creek Overlay District and the Arcadia developers believe that their plan will utilize design techniques that will alleviate the erosion along the stream banks and flooding issues and improve the poor water quality.

The target audience for the residential construction in both the Wayne Glen and Chesterbrook projects is the age 55 and over market – the emptynesters and those people interested in downsizing from their large single family homes. However, with a combined increase of approximately 230 new residences between the two projects, the possibility does exist for additional school age children for the T/E School District. Typically, there is representation at these Planning Commission meetings by the School Board. However, the Planning Commission meeting on Monday conflicts with the regularly monthly meeting of the School Board.

As an aside, at the last Public Information Meeting this past week, Barb Jackson, an Easttown resident and T/E parent, asked about Dr. Waters contract and whether he would be retiring when his contract ended in June 2015. After Waters confirmed that he would retire, a follow-up question was asked regarding the search committee and process to find a replacement. Although not listed on the School Board meeting agenda for Monday, Board President Kevin Buraks told those of us at the meeting that the Board would give the specific details on the superintendent search at the upcoming school board meeting on Monday.