The teenage victim of the Conestoga High School football hazing scandal claimed that the school district failed to protect him from hazing and sexual abuse.The District claimed that the fired football coaches failed to supervisor the football players in the locker room. A letter from the school district at the time of the charges stated, “The locker rooms had an insufficient adult presence throughout the football season, creating an environment where hazing activities could occur …”

In January of this year, the District Attorney office announced that the former football players plead guilty to a lesser charge of harassment and the assault charges were dropped. Because the most serious charge of assault was dropped, some in the community pointed to this as proof that no assault occurred.

Thomas Batgos, an assistant football coach fired by the T/E School District, has now filed a lawsuit against District administrators – Superintendent Dr. Richard Gusick and Conestoga High School principal Dr. Amy Meisinger, in addition to the father of the accuser in the incident. Batgos’ lawsuit cites defamation of character, misrepresentation, fraud and improper termination and seeks at least $50,000 in compensation plus punitive damages.

The entire T/E School District community has really struggled to move on – the allegations against the Conestoga High School football players was reported nationwide. Dealing with the situation has been a challenge for the young men accused but as a community we also need to remember the lives and reputations of the football coaches were forever changed.

If you are Batgos and the other football coaches, how do you move on after your reputation is ruined and your standing in the community is damaged?

Although other Conestoga football coaches were terminated, Batgos is the only one to date who has filed a lawsuit. But I am guessing that there could be more lawsuits to follow and it is interesting to note that Batgos sparred the school board in his legal action.

In the two weeks since Chester County DA Tom Hogan filed charges of assault, conspiracy, unlawful restraint and other crimes against three Conestoga football players, the hazing scandal has brought nationwide attention to the TE School District. Allegedly, the senior boys penetrated a freshman teammate with a broomstick after he refused to help other underclassmen clean the locker room while wearing just their underwear. According to Hogan, the “No Gay Thursdays” was a tradition started by the football team at least three or four years ago, in which behavior the team normally considered to be “gay” was considered “not gay” on Thursdays,

The hazing scandal has quickly gained national attention and continues to appear in articles from the New York Times to the Washington Post. Locally the community appears divided between those students and parents suggesting that the October 15 incident never happened to others in the public who were outraged and wanted answers.

I have found myself caught in the middle of the two camps. I fully support ‘innocent until proven guilty” regarding the three Conestoga football players – the presumption of innocence is essential to the criminal process. We know of mistakes made by overzealous district attorneys and lawyers who were quick to judge – look at the Duke lacrosse players falsely accused of rape in 2006. The mishandling in that case cost that district attorney his job and his law license, not to mention the millions of dollars paid by Duke University for legal bills and lawsuits. On the flip side, it is hard to believe that the highly respected Chester County DA Tom Hogan and his office were not thorough in their investigation. Regardless … the boys are innocent until proven guilty.

There are important issues at play here. One is the criminal charges filed against the football players for the alleged assault. On that score, it is up to the legal process to decide the fate of those accused not the school district or the residents. But another important issue is this so-called “No Gay Thursday” weekly hazing tradition – and the expectation from many in the community (including myself) that the administration can (and should) institute a zero-tolerance hazing policy going forward.

On Thursday, TESD Supt. Dr. Richard Gusick and Conestoga HS Principal Dr. Amy Meisinger released a letter to school district families. (Click here to read letter). Although understandably unable to comment on the legal investigation, the letter provides an update on the District’s internal investigation and findings, including the following:

* Hazing activities occurred with some members of the football team over the past several years, including back slapping, horseplay, and obscene behaviors targeted toward underclassmen.

* These activities sometimes occurred under the label of “No Gay Thursday.”

* No interviews or other evidence indicated that any adult had knowledge of these activities.

* The locker rooms had an insufficient adult presence throughout the football season, creating an environment where hazing activities could occur.

Accepting responsibility that hazing had occurred at the high school, the letter went on to say, that the school “… does not accept any type of intolerance, hazing, bullying or intimidation within our school community. “No Gay Thursday” is ignorant, intolerant, and has no place in any school. Even though no gay students were specific targets of discrimination, the practice itself is an affront to us all. We are committed to eliminating these activities and providing a positive, respectful environment that is safe for all students.”

These are words that the community needed to hear – a statement containing a clear anti-hazing message and indication that the District is taking the hazing seriously and is taking strong action against it for the future.

The administration is recommending hiring a full-time Athletic Director for TESD middle school and high school sports programs. Creating a new position for oversight of the sports programs is a good suggestion – however, for me there’s one caveat, conduct a search and hire from the outside. The District athletic program needs a new start.

This tragedy has shaken all of us and the public needs assurance that the District will take every step to try to prevent this from happening again. Although originally the stance was no public meetings on this topic, the District has changed course and is now encouraging residents to share their thoughts on Monday, March 28, 6 PM in the auditorium at Conestoga High School. This meeting will occur before the regularly scheduled school board meeting which starts at 7:30 PM. 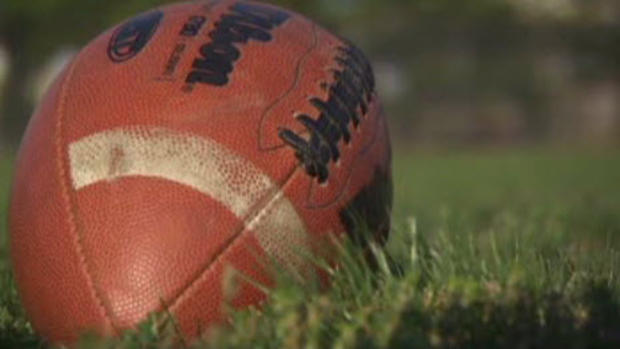