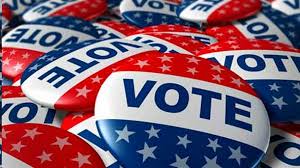 In 6 weeks, the voters of Chester County will go to the polls for the General Election. Looking back to the Primary Election on May 17, do we have assurance from the Chester County Voter Services that there will be no repeat performance of malfunctioning voting machines?

Chester County Voter Services found irregularities in vote counts in over 100 precincts in Chester County due to equipment malfunctions. But here in Tredyffrin Township, the outcome of the Special Election was dramatically affected by the malfunctioning machines. If you recall, on election night, the results posted on the Chester County Voter Services website indicated that Molly Duffy (D) had a 44-vote lead over Mike Heaberg (R). However, as irregularities in the Tredyffrin precinct counts emerged, a full manual recount was required. It was discovered that 62 ballots were not counted by the voting machines. Adding to the mystery, was the discovery that all 62 uncounted ballots were Republican ballots. In the final hand count, Heaberg emerged as the winner by a 2-vote margin. Duffy and Heaberg, along with legal representation attended the manual recount and agreed to the reconciliation results.

But ‘why’ did the voting machines malfunction in the first place? Do we as voters have an assurance that the problem has been corrected? Is their confidence that our vote really will count on Election Day?

A follow-up report from Chester County Voter Services was published Friday, September 23 on their website. However, it is interesting to note that the report is dated two months earlier — July 14, 2011. Since the report is ‘To the Public’, wonder why it took so long for it to be ‘public’.

Chester County Voter Services conducted extensive testing. According to their findings, “It was discovered through our testing of those printed Republican Ballots that a dark blue “color bar” was printed outside the specified area on those ballots. Samples of these ballots were eventually sent to Election Systems & Software, Inc. in Birmingham, Alabama to review the specifications of the ballots printed by Dayton Legal Blank. ES&S was able to determine that the color bar printed on the Republican Ballots was printed outside the specified area on the ballot for any ES&S M-100 tabulator to properly function”.

In their closing remarks, the report from Chester County Voter Services states, “we will ensure that we maintain our electronic equipment on a routine yearly schedule and we will ensure our Primary Election ballots are printed in conformance with the ES&S ‘Color Stripe Specification’ ”

So we officially know ‘why’ the voting machines malfunctioned for the Primary Election – an alignment printing issue.

Voter Services promises that they will maintain the equipment on a yearly schedule. I would feel more confident in the system if there was a degree of responsibility; plus assurance that they will run ‘test ballots’ through the voting machines prior to November’s General Election.

Elections are important and all votes count! The ‘every vote counts’ importance was brought home to Tredyffrin voters in the Special Election race between Molly Duffy and Mike Heaberg where the winner was decided by 2 votes!

Mark your calendars for November 8 and plan on having your voice heard through your vote in the General Election.