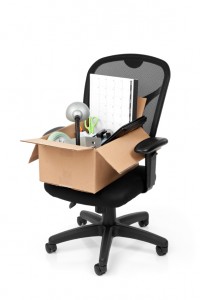 Last fall, we learned that Shire was planning to move its headquarters from its current Chesterbrook location to Atwater Business Park in neighboring East Whiteland Township when their lease expired. Located in Chesterbrook since 2004, Shire planned to build a new large office complex on Trammel Crow property at the intersection of Rt. 29 and Yellow Springs Road, moving their 1,500 employees out of Tredyffrin. Shire’s decision to relocate meant the vacancy of four large corporate buildings in Chesterbrook.

Today’s Philadelphia Business Journal reports that Shire has reversed their decision to move their headquarters from Chesterbrook. After analyzing its ‘global footprint and its real estate presence, Shire’s new CEO Dr. Flemming Ornskov, concluded, “We feel fine where we are.”

Shire had a signed development agreement and plans were well underway for the company’s move to East Whiteland. According to the article, the real estate project was to construct 10 buildings totally 1.15 million square feet of office space on 110 acres. Phase one was to be four buildings at an estimated cost of $175 million. Although certainly good economic news for Tredyffrin, East Whiteland not only loses this major development project but also the financial rewards of 1,500 new employees paying earned income tax. Does make me wonder what cancelling the agreement cost Shire … but certainly a lot less than $175 million!

Beyond the obvious economic impact, Shire is a great community contributor and supporter — the summer concert series, annual fireworks, Shire Pavilion in Wilson Farm Park, Tredyffrin 300 sponsorship and the list goes on and on. Shire has been there for the Tredyffrin Township community whenever needed and it’s exciting that they are staying here!

Responding to Shire’s decision not to leave the township, Tredyffrin Towsnship Board of Supervisors Chair Michelle Kichline offered the following comment —

The Board of Supervisors is pleased that Shire has decided to remain in Tredyffrin Township. Not only is Shire a world class pharmaceutical company; it is an outstanding community partner. Shire is a long time major sponsor of our Fourth of July fireworks and our summer concert series.

The Township will continue its efforts to attract and maintain businesses, like Shire, that help improve the quality of life in our community and provide jobs to our residents.

Michelle Kichline
Chairman of the Board of Supervisors