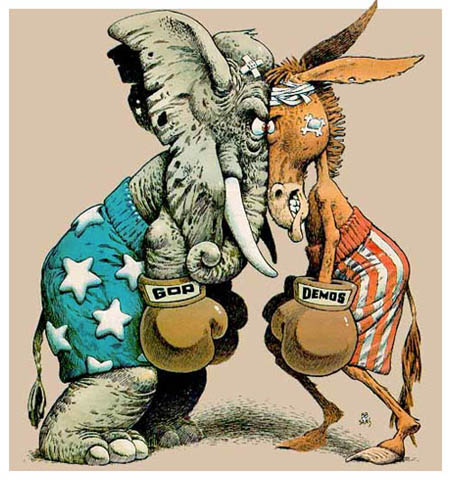 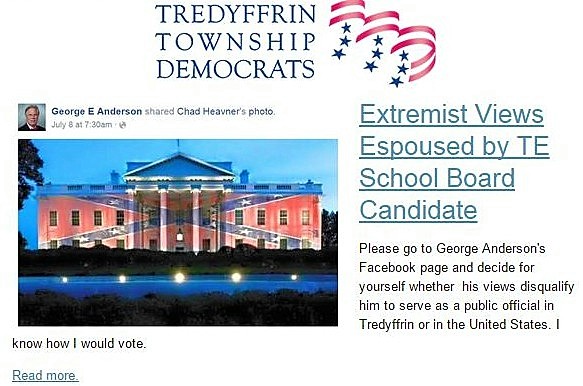 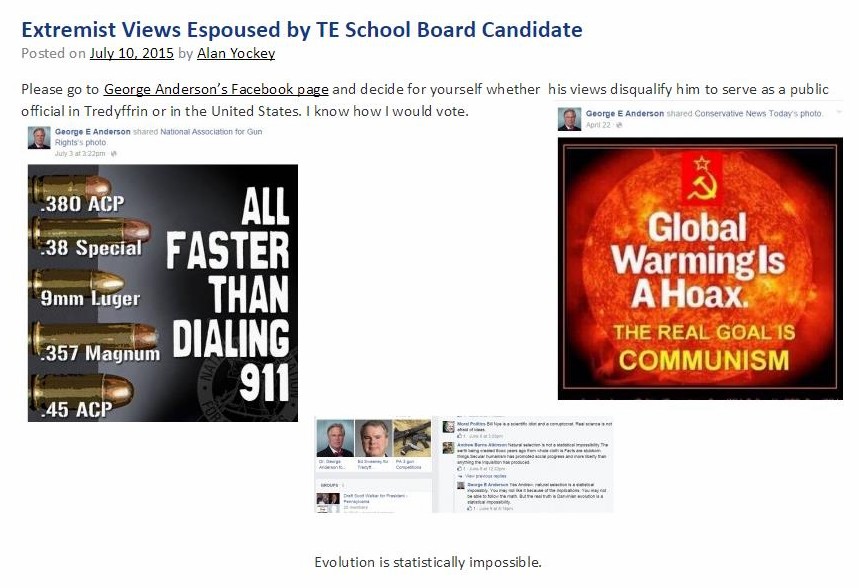 By this point, many of you are probably aware that TD Bank in Paoli was robbed this past Tuesday afternoon and the robber escaped with an undisclosed amount of cash. Although located on Lancaster Avenue in Paoli, the bank is actually in Willistown Township, across from Good Samaritan Church. As an interesting aside, this was the first day on the job for newly elected Chester County District Attorney Tom Hogan.

An interesting twist to the bank robbery is how social media played into the story. The robber escaped but almost immediately, a photo of the suspect and details were released through a social media account, on Twitter. The Willistown Township Police Department set up a Twitter account @WillistownPD this past October. As a result, they were able to tweet a photo of the suspect with the following message, “If anyone recognizes or has information on the subject in the photo please contact Willistown Police at 610-251-0222”.

Although I believe the suspect is still ‘at large’, this application of a social media tool helped to alert the public of the incident and of the danger of the suspect on the run. Local police departments, like Willistown, are starting to use various social-networking tools like Facebook and Twitter to not only communicate with local residents, but also track down criminals and missing persons. Although social media tools should not be viewed as taking the place of old-fashioned police work, it certainly is a great asset in criminal investigations. However, aside from helping to solve crimes, Twitter and Facebook function as an outreach and communication tool for police departments to keep residents informed. Outreach efforts help build trust among residents in a similar way that beat cops walking the streets and getting to know people does.

Some police departments are being even more proactive, are reaching beyond announcements and informational use of social media, and are now using Facebook and other social media sites to detect illegal activity. Often users are not very discriminating when it comes to posting information on these sites, and law enforcement agencies are within their right to use this information to investigate crimes, solicit tips and otherwise engage the community. Police have noticed that individuals share a tremendous amount of personal data over social-networking sites. In addition, it is not unusual for suspects to brag about their crimes and how they ‘got away with it’ and the best place for them to brag about themselves is on social networking sites.

Of course, there is always the other side of the argument of the use of proactive social media by police departments. Critics of police patrolling Facebook and Twitter for tips say it is an invasion of privacy and goes too far. A quick search on Facebook indicates that our country’s FBI has a very active page: http://www.facebook.com/FBI — which gives every indication that the linkage of social media and law enforcement is our future.

Thank you for your support . . . please email me if you have a topic suggestion for Community Matters. We need to continue our community discussion and debate of important issues. Email: TredyffrinCommunityMatters@gmail.com