Facing a lengthy agenda, I left the meeting about 9 PM. However at the end of the meeting, there was school board discussion about a letter from Maillie LLP, the District’s auditing firm. It was agreed that the letter would be made available to the public. So … today at least two residents reported they went to the Administration Building and were told that the letter would be released on Friday. It was impossible for me to understand WHY it should take four additional days for the letter to be released – was it because the contents of the letter needed to be slow-rolled in advance of Election Day on Nov. 5?

As luck would have it, we don’t have to wait until Friday – I have a copy of the October 16 letter written by Edward Furman, CPA from Maillie. From my vantage point, it looks like the District business manager has a lot of explaining to do about the $1.2 million accounting error and the timeline – some of his stories are not lining up! Furman’s letter contains extremely important financial information related to the $1.2 million accounting error but I leave the specifics of what it all means to our “financial experts”. 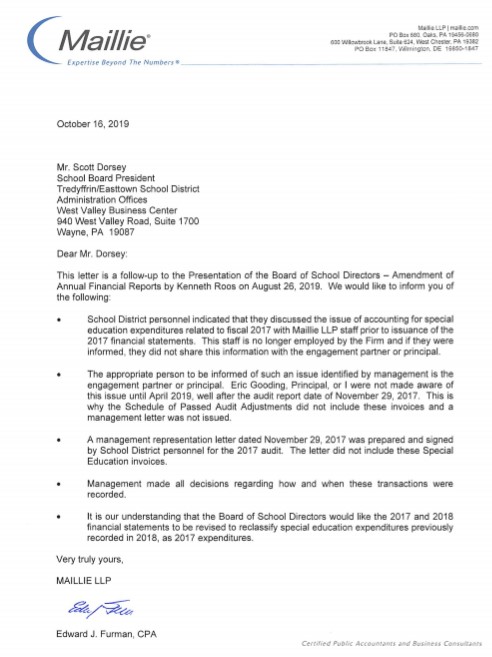