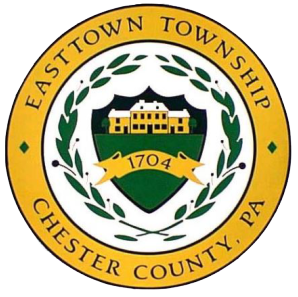 When you turned the calendar to 2018, you probably thought that Election Day 2017 was finally in the rear view mirror. Not so in Easttown Township. Although the election results are in, the township finds itself looking for a replacement supervisor.

On Election Day, Easttown Township residents were voting for two supervisors – four candidates appeared on the ballot, two Republicans and two Democrats. When the votes were counted, incumbent Betsy Fadem (R) received the most votes, followed by Brandon Adams (D). Michael Wacey (D) received the third highest and Fred Pioggia (R) the fourth highest number of votes. The supervisor seats went to the two candidates receiving the highest number of votes – in this case, Fadem and Adams.

With the New Year, Fadem continues to serve on the board of supervisors with Adams set to begin his first term. That is, until the residents learned Brandon Adams cannot serve – apparently his employer was acquired by a company (since the election?) that prohibits his serving in local government.

This is an unusual situation and there does not appear to be an automatic process to fill the vacancy. Although there isn’t an automatic process, wouldn’t it just make sense for the vacancy to go to the person whom received the third highest number of votes, which in this case was Michael Wacey. Both Democrats, it would seem a reasonable solution for Wacey to step in as supervisor for vacating Brandon Adams. Of course, that solution is only viable if Michael Wacey was available and willing to serve but according to the agenda from the January 2 meeting of the Board of Supervisors he is.

Wacey read the following statement at the January 2, 2018 meeting which was provided to the township in advance:

My name is Michael Wacey and I live at Beaumont Road, Berwyn. I want to thank the Easttown Board of Supervisors for all the time and careful thought that they put into their work. We are very lucky to have this Board to manage the affairs for our township. In the fall, I ran for Easttown Township Supervisor and came in Third. Ms. Betsy Fadem, an incumbent appointed Supervisor, came in first and Mr. Brandon Adams came in second. Mr. Adams will most likely resign on January second rather than take the office. He is doing this for personal reasons beyond his control. As the third-place finisher in November, the citizens of Easttown would reasonable expect this board to appoint met to fill the vacancy. The board has met with Mr. Adams. I have express to the board, in writing, my desire to serve the people of Easttown. As I see it, the board has three options in 15 days: 1) Appoint me in recognition of the wishes of the Easttown voters; 2) Appoint someone else such as Mr. Pioggia, the four-place candidate in November. Or someone who did not run; 3) Ignore the voters and conduct a search and appoint someone who did not run in November. As this directly affects me, I am here tonight to ask the board to let the citizens of Easttown know what the Board plans are.

The day following the meeting, on January 3, 2018, the vacancy on the Board of Supervisors was posted on the township website as follows:

Easttown Township seeks applicants for consideration of appointment to the Board of Supervisors. The term for this appointment is for two years, expiring on December 31, 2019. Interested residents should send a letter of interest/resume to Township Manager, Dan Fox, via email by end of business day on Wednesday, January 10, 2018.

The Board vacancy occurs if the elected official, Mr. Adams, announces his intention not to serve at the Board meeting on January 2, 2018. If this vacancy does occur, the Township will begin accepting resumes from interested candidates for one month beginning on January 3, 2018. If the Board cannot agree on an appointment for this vacancy, a fifth vote will be cast by the member of the Vacancy Committee.

According to the notice on the township website, today, January 10, 2018, is the last day to receive applications for the supervisor vacancy.

I know that the four remaining members of the Easttown Township Board of Supervisors are trying to do the right thing, especially given that the selection process to fill the vacancy is not automatic. However, here’s my vote to keep it simple and drama-free by appointing Michael Wacey as the replacement supervisor. Wacey received the third highest number of votes in November and has stated that he is willing to serve. This should be an easy, uncomplicated decision.