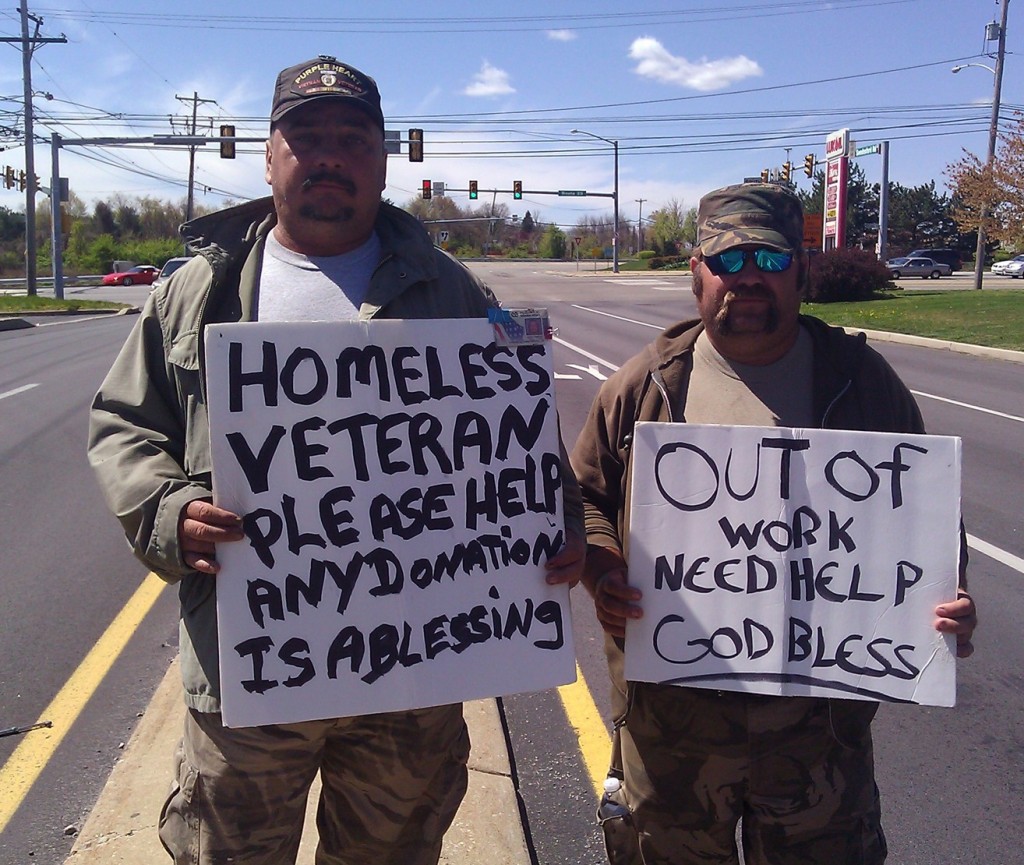 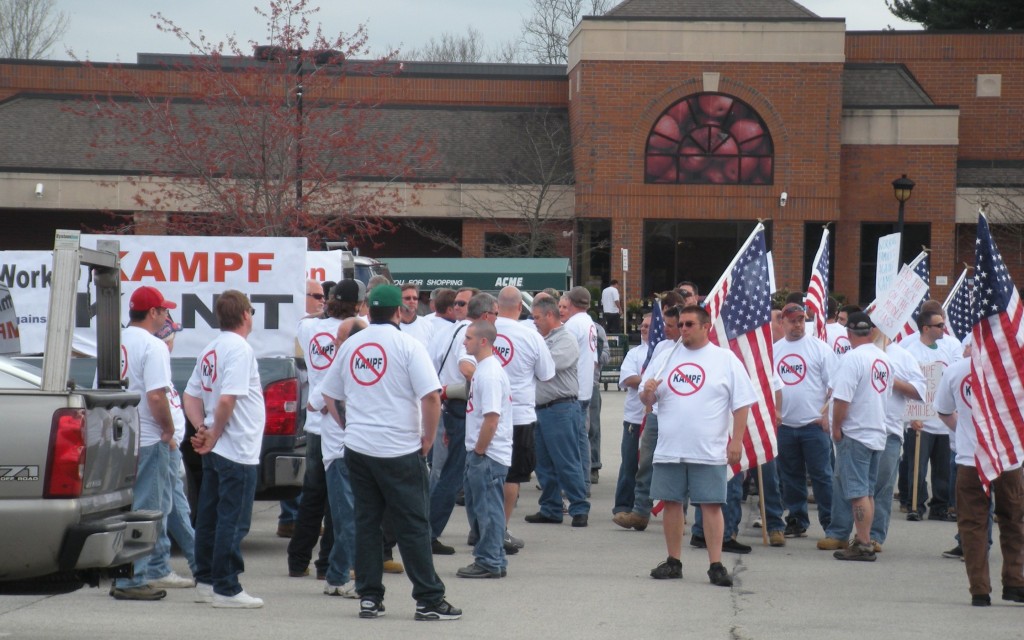 Around 3 PM on Wednesday, as I left Acme there was a large organized group of men in the parking lot changing into identical white t-shirts, many with signs and American flags. As I got closer, I could see several pick-up trucks with signage with anti-Warren Kampf messages – ‘Working Families Against Kampf’, ‘Kampf Works Against Workers’, etc. Clueless as to whom these people were and what they were doing, I asked and was told that they were members of Pennsylvania’s Carpenter’s Union and they were ‘taking their message’ to State Rep Warren Kampf’s office in Paoli.

I was far from clear on exactly what the union members ‘message’ was, but … frankly, I had the distinct impression that these people had a mission and that they were not particularly interested in engaging in conversation. It is not everyday that there is a long line of union picketers walking along Lancaster Avenue, and I decided that if I followed them, that I would eventually figure it out.

Understanding the financial crisis that school districts across the state are now in, it is certainly plausible that the proposed HB 709 legislation that could help by saving district’s money. On the other hand, is there a risk that this prevailing wage reform bill could result in work performed by undertrained, non-union contractors that could potentially result in higher long-term costs to the school districts? The opposing views on this issue do not appear to be as simple as a ‘pro versus anti-union’ argument. 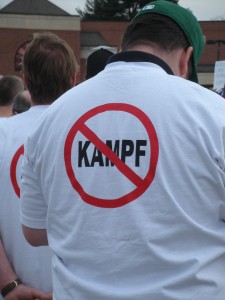