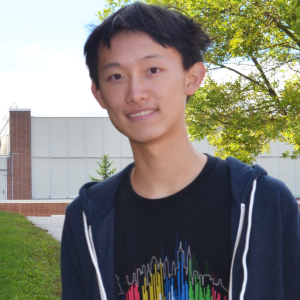 Conestoga High School senior Michael Zhang, 18, of Berwyn, PA won the Second Place Medal of Distinction for Global Good in the 2016 Intel Science Talent Search last night in Washington, DC. He engineered tiny virus-like particles to deliver gene-modifying proteins to target cells for medical therapy by altering the genome of those cells in a controlled way.

The second place medal comes with a $75,000 award! Congratulations Michael and the Zhang family!

I previously posted the following on Community Matters (January 20, 2016) when Michael was listed as a 2016 Intel finalist:

The list of finalists in Intel’s 2016 Science Talent Search (Intel STS) was released today and Tredyffrin Easttown School District student, Conestoga senior Michael Zhang. is on the list! Michael’s impressive achievement was based on his ‘Design and Assembly of CRISPR/Cas9-based Virus-like Particles for Orthogonal and Programmable Genetic Engineering in Mammalian Cells’. Congratulations Michael!

Run by the nonprofit Society for Science & the Public since 1942, the Science Talent Search is America’s oldest and most prestigious science competition for high school students. Intel Corp. of Santa Clara, Calif., has sponsored the competition since 1998. Intel STS recognizes 300 students as semifinalists each year. From that group, 40 finalists receive an all-expenses-paid trip to Washington, D.C. from March 10–16, where they will compete for more than $1 million in awards.

As an Intel STS finalist, Zhang will participate in rigorous final judging sessions, display his work to the public, meet with notable scientists and compete for three Medal of Distinction awards awards of $150,000 each – one for basic research, one for global good and another for innovation. Additionally, there are three second-place awards of $75,000, and three third-place awards of $35,000. Each Intel STS finalist receives at least $7,500.

According to Intel STS website, alumni of the competition have made extraordinary contributions to science and “hold more than 100 or the world’s most coveted science and math honors, including twelve Nobel Laureates, eleven National Medal of Science winners, two Fields Medalists, and eighteen MacArthur Foundation Fellows.” Intel STS 2016 finalists are from 38 schools in 18 states. Fifty-two percent of this year’s finalists are male, while 48 percent are female.

As one of the nation’s top high school researchers, congratulations and best wishes to Michael in Washington!